A 66-year-old former soldier has been arrested in relation to the Bloody Sunday killings in Londonderry in 1972, police in Northern Ireland have said.

Tuesday’s arrest is the first in a renewed murder investigation, announced by police in 2012, into one of the most notorious episodes during three decades of unrest in Northern Ireland.

Fourteen people were also injured, one of whom died later in hospital. The victims were all unarmed Catholics.

The detention of the ex-soldier “marked a new phase in the overall investigation which could continue for some time,” said Detective Chief Inspector Ian Harrison, the officer leading the probe.

Britain’s Ministry of Defence said it was aware that a former soldier had been arrested in connection with the investigation and that it would be inappropriate to comment further.

In 2010, Britain admitted that its troops were fully at fault for the Bloody Sunday killings following an inquiry chaired by English judge, Mark Saville.

The inquiry, the longest and most expensive in the country’s legal history, concluded that the civilians had been killed without justification and had posed no threat.

The findings of the report prompted Britain’s Prime Minister David Cameron to apologise for the killings and brand the army’s actions as “unjustified and unjustifiable”.

The Bloody Sunday killings changed the course of the violent “Troubles” that erupted in the late 1960s, boosting the Irish Republican Army’s violent campaign for Northern Ireland to secede from the UK and become part of the Republic of Ireland.

A 1998 peace deal, brokered after more than 3,600 people had died, has largely ended the conflict that pitted mostly Catholics, who wanted a united Ireland, against Unionists, mostly Protestants, who wanted it to remain part of the UK. 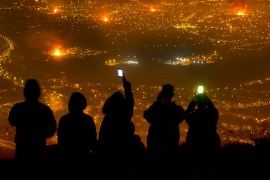 In Northern Ireland’s polarised environment, social media is being used to inflame tensions – and to help defuse them. 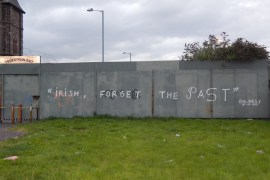 Northern Ireland wounds from centuries of Catholic-Protestant violence continue to fester and overshadow its successes.