Erbil, Iraq – Falling oil prices have driven the Kurdish region of northern Iraq to the brink of bankruptcy. Government salaries have not been paid for months, and citizens are suffering. Some of them are being forced to take second jobs.

On the surface, Erbil appears to be a boom town, but looks can be deceiving. A number of major projects have ground to a halt, and the government is cutting back.

Across Iraq, belts are being tightened and solutions are being sought. The International Monetary Fund says it is looking into providing a large loan to Iraq in the new year.

The challenges for the Iraqi government are even larger when the cost of the war against the Islamic State of Iraq and the Levant group and coping with nearly three million people escaping the war in neighbouring Syria are factored in.

For the residents of the oil-rich Kurdistan region of Iraq, relief is a long way off: They still face months of uncertainty and poverty. 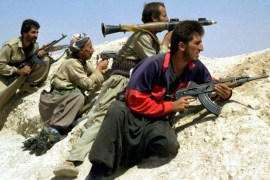 In Search of Kurdistan

John Cookson examines the Kurd’s quest for independence after years of suppression. 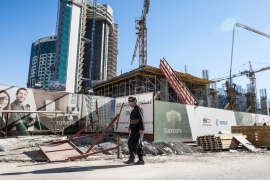