Egypt has announced that its army had destroyed 31 tunnels connecting the besieged Gaza Strip and Egypt last month, an army spokesman has said.

In October, Egyptian forces “discovered and successfully destroyed 31 tunnels on the border line of Rafah city”, army spokesman Brigadier General Mohamed Samir said in a statement on Sunday, referring to a city that straddles the Egypt-Gaza border.

The Egyptian army’s announcement came the same day as a meeting between Egyptian President Abdel Fatah el-Sisi and Palestinian Authority President Mahmoud Abbas, a political rival of Hamas, in Cairo.

Sisi said that Egypt’s measures in the Gaza border area were intended to “secure the borders” and that the Rafah crossing could operate “normally” if the PA were to take control of it.

Home to some 1.8 million Palestinians, Gaza has suffered a plummeting humanitarian situation due to an airtight blockade.

Enforced by Israel and the Egypt, the blockade has been in place since the Hamas political organisation took control of the Strip in 2007.

For Palestinians in the besieged coastal enclave, smuggling tunnels provide access to food, medicine, building supplies and other necessities.

Palestinians in Gaza are in desperate need of humanitarian and building supplies, as much of the area still is in ruins after Israel’s 51-day war in the Strip last summer.

That war killed more than 2,200 Palestinians and left an estimated 96,000 homes destroyed or damaged, according to United Nations’ estimates.

Since Sisi came to power in Egypt after the 2013 ouster of democratically elected Mohamed Morsi of the Muslim Brotherhood, Egypt has implemented increasingly harsh measures on the Gaza border.

“The Egyptian policy is to corner Hamas and squeeze it for concessions,” he told Al Jazeera. “This policy won’t succeed; Israel has tried for more than eight years and it has failed.”

Abu Saada said that the crackdown on Hamas “only hurts the 1.8 million-person civilian population in Gaza at the end of the day” by causing “immense harm and suffering”.

A recent report published by the UN Conference on Trade and Development (UNCTD) found that 72 percent of Gaza families are still struggling with food insecurity, while unemployment is at a record high of 44 percent.

Egyptian authorities regularly close Rafah, the crossing between Gaza and Egypt, and it has rarely been opened for normal crossing since Israel’s war in Gaza concluded in late August 2014.

Since 2013, Egypt has destroyed thousands of homes and displaced thousands of families on the Egyptian side of the Rafah border as part of a bid to create a buffer zone between the Sinai Peninsula and Gaza.

Egyptian leaders have attempted to frame their policies on the Gaza border as security measures, a claim dismissed by human rights groups.

In a September 2015 report, Human Rights Watch said that at least 3,200 families were kicked out of their homes with “little or no warning of the evictions, no temporary housing, [and] mostly inadequate compensation for their destroyed homes”.

“Destroying homes, neighbourhoods and livelihoods is a textbook example of how to lose a counterinsurgency campaign,” Sarah Leah Whitson, Middle East and North Africa director of HRW, said in a statement.

Egyptian troops have also frequently opened fire on Palestinian farmers and fishermen, political analyst Abu Saada added. “The situation has continually gone from bad to worse since 2013,” he said.

In June, an Egyptian court overturned a prior ruling that deemed Hamas a “terrorist organisation”. But the decision did not affect a January ruling that labeled the Ezzedine al-Qassam Brigades – the armed wing of Hamas – as a “terrorist” group.

Abu Sayyaf, a spokesman the Gaza-based al-Nasser Salah al-Din Brigades armed group, said that Egypt has bowed “to Israeli and American pressure” by tightening the blockade on Gaza.

“There is political and military plan by the Sisi regime to put pressure on the Palestinian resistance and try to make the people of Gaza abandon resistance,” he told Al Jazeera. 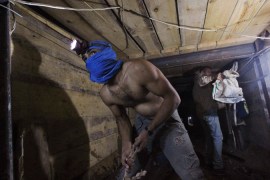 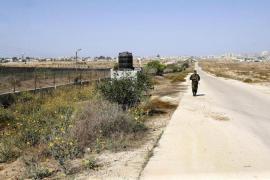 ‘Rafah has turned into a ghost town’

As Egypt works to create a buffer zone, the destruction of tunnels has further crippled Gaza’s already besieged economy. 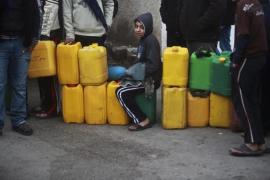 A grassroots protest petition circulates as the Egyptian military increasingly isolates the Gazans.