Yangon, Myanmar – Myanmar’s opposition leader Aung San Suu Kyi has declared that her party has the momentum for victory in Sunday’s elections, but warned against “ongoing fraudulent actions” that could disrupt the electoral process.

At a press conference on Thursday ahead of the November 8 parliamentary vote, the Nobel Peace Prize winner said she was “increasingly encouraged by the enthusiasm of the people”, even as she released information about “illegal advance voting” in some areas of the country.

Asked if she could take action against widespread cheating, Suu Kyi said: “If it looks too suspicious, then I think we should make a fuss about it.”

Suu Kyi also said her party had received reports of irregularities in the advance voting overseas, including in South Korea and Singapore, where thousands of Myanmar voters are working.
At the same time, migrant workers who have come back to the country to cast their ballot could also face difficulties during the day of the elections, Suu Kyi warned.

She criticised the election body overseeing the polls, saying “very little action has been seen” on the part of the commission to address the reports of irregularities.

Suu Kyi also accused President Thein Sein of violating election rules, which bar him from campaigning for a political party – Thein Sein is allied with the ruling Union Solidarity and Development Party.

“He is campaigning for a political party, and that is not allowed under the constitution. So we are lodging a complaint,” said Suu Kyi, speaking from her two-storey home by Inya Lake, the same place where she was confined for many years under house arrest by the country’s former military government.

As early as 6am local time (23:30 GMT) on Wednesday, hundreds of local and international reporters had already lined up outside Suu Kyi’s house to get a spot at the press conference, a reflection of the attention the opposition leader commands.

Al Jazeera learned that as many as 400 media access passes were issued for Thursday’s press conference.

On the results of the elections, Suu Kyi said: “We hope for the best, and prepare for the worst.

“If we win the elections, it would be a great leap for democracy,” she said, adding that the result of the polls should be “respected by all those concerned.”

Suu Kyi said that if her party prevails after the November 8 ballot, she will also seek the support of politicians from various parties.

“I do not believe in persecution and revenge,” she said. “National reconciliation is the basis of our democracy.”

Meanwhile, Suu Kyi also addressed allegations of “genocide” targeting the Muslim Rohingya group in Myanmar, saying “it is very important” not to “exaggerate the problems of this country.” 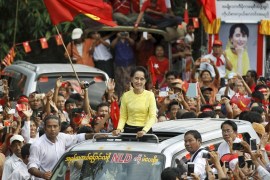 Nobel Laureate promises change ahead of landmark election marred by claims minorities have been left out of the vote. 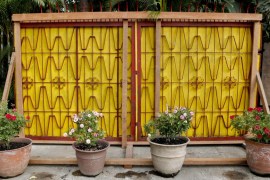