The agreement on Wednesday ends almost a month of political wrangling following the country’s October 4 election.

Russia continues to operate a military base on Kyrgyz territory, and Kyrgyzstan joined Vladimir Putin’s Eurasian Economic Union this year.

Changes to the constitution after the violent overthrow of former President Kurmanbek Bakiyev in April 2010 moved Kyrgyzstan away from a presidential system to a more parliamentary democracy.

But President Almazbek Atambayev, who came to power in 2011, is still considered the country’s principal decision-maker.

On Monday, Kyrgyzstan had announced the formation of a new four-party ruling coalition following the toughly fought parliamentary elections.

Atambayev’s Social Democratic Party of Kyrgyzstan (SDPK), the Kyrgyzstan Party, Onuguu Progress and Ata-Meken all signed an agreement to form a broad coalition in a move that may help shore up stability in the volatile ex-Soviet state.

It will be headed by Sariyev, who has been premier since late April, and will remain as head of government.

In 2010, the country was thrown into turmoil when a bloody popular uprising and ethnic violence left more than 500 people dead.

In the interview above, Sariyev spoke to Al Jazeera’s Robin Forestier-Walker shortly after the vote.

The Al Jazeera reporter started by asking Sariyev about the Kyrgyz government’s decision to back Russia’s military involvement in Syria. 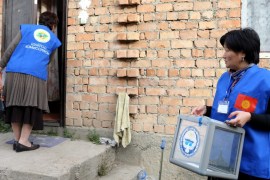 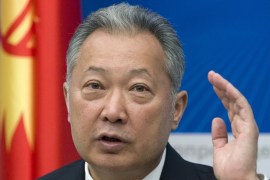 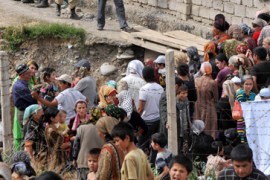 Uzbek-Kyrgyz tensions have a history in Ferghana Valley that spans three countries.