Four Israelis have been injured and two Palestinians shot, one fatally, in three alleged attacks in central Israeli cities and the West Bank as violence continues to grip Israel and the occupied Palestinian territory.

In Netanya, a 22-year-old Palestinian suspect from the occupied West Bank city of Tulkarem was shot on Monday evening during an alleged stabbing attack against a 70-year-old Israeli man, who is in serious condition, according to Israeli police.

The incident came hours after three Israelis were injured in a separate alleged stabbing at a bus station in the Tel Aviv-area city of Rishon Letzion. The suspected attacker – a 19-year-old Palestinian from Hebron – was arrested.

Earlier in the day, 16-year-old Ahmed Awad Abu al-Rub was fatally shot by Israeli forces after allegedly attempting to stab a soldier at the Jalameh checkpoint near the northern West Bank city of Jenin.

Israeli police said a second Palestinian was arrested in the incident.

Abu al-Rub was the sixteenth Palestinian minor to be killed by Israeli forces since October 1.

Since that date, Israeli forces and settlers have killed at least 73 Palestinians – including unarmed protesters, bystanders and attackers – across Israel, the occupied West Bank, including occupied East Jerusalem, and the besieged Gaza Strip.

Monday’s events come a day after Israeli soldiers shot dead a Palestinian who they alleged had earlier attempted to attack them in the Beit Einun village near Hebron.

Earlier this week, Israeli forces killed three Palestinians in one day, including an eight-month-old baby who suffocated from tear gas inhalation. 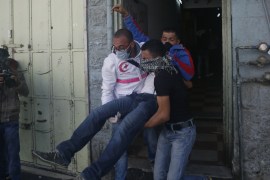 Since October 1, Israeli forces or settlers have killed at least 72 Palestinians, including protesters and bystanders. 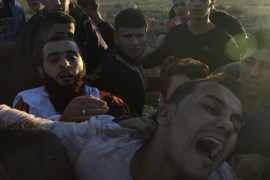 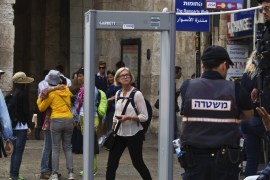