At least 129 refugees have been found in a refrigerated truck on the Bulgarian border with Turkey, according to a Bulgarian state news agency report.

The refrigerated truck driven by a Turkish citizen attempted to enter Bulgaria at the Kapitan Andreevo border checkpoint with Turkey, Sofia News Agency reported on Sunday.

The refugees were found without identity documents and included 38 men, 33 women and 58 children.

The driver was detained while the identity of the refugees is still being established, SNA reported.

In another development, Bulgarian authorities detained at least 495 “illegally residing foreigners and 16 smugglers” during a large-scale joint operation, the agency reported.

Police in the past week checked at least 5,987 vehicles, 2,895 sites, the interior ministry said.

The UNHCR said at least 13,000 asylum-seekers chose the path through Bulgaria since January, in search of a safer route to Europe.

In pictures: Fatigued refugees trapped in Slovenia and Greece

Bulgaria said it will extend a fence that currently runs along its frontier with Turkey to 160km from its current 50km. It is watched over by armed guards and high tech surveillance equipment.

Bulgaria operates six reception centres, with a total of 5,130 beds, but today the centers are currently about 70 to 80 percent of their capacity.

A report released by the UNHCR says it costs around $6,700 to have a smuggler take refugees over the land border to Bulgaria.

“The cost was considerably higher than that of the perilous sea crossing to Europe, which has claimed at least 3,135 lives so far this year,” the report said. 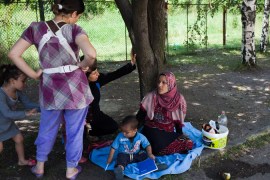 EU’s poorest member state is struggling to cope with an influx of mostly war-weary Syrian refugees. 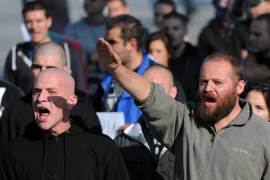 Confronting violent racist abuse and calls for their expulsion by right-wing politicians, Syrian refugees band together. 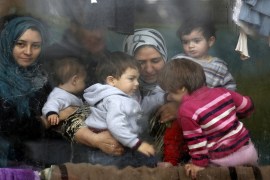