The top United Nations aid official has called for a swift investigation of a suspected Saudi-led coalition air strike that killed dozens of people at a wedding party in Yemen.

Stephen O’Brien, the UN under-secretary-general for humanitarian affairs, said on Friday that he was “deeply disturbed” by the news that civilians had been killed in Wednesday evening’s bombing.

“I call for a swift, transparent and impartial investigation into this incident,” O’Brien said in a statement.

“Real accountability for parties to conflict, whether they are states or non-state groups, is urgently needed, to ensure that the commitment under international law to protect civilians is meaningful,” he added.

O’Brien quoted Yemen’s Ministry of Public Health as saying that at least 47 people were killed and 35 were injured, among them many women and children, in the strike.

The raid hit a house where dozens of people were celebrating in the town of Sanban in Dhamar province, 100km south of the capital Sanaa, residents said.

Second strike in a week

It was the second alleged air strike by the Saudi-led coalition on a Yemeni wedding party in just over a week.

But the coalition, under mounting criticism over the civilian death toll of its bombing campaign against Houthi rebels, denied any involvement in the latest attack.

O’Brien noted that 4,500 civilians have been killed or injured since the Saudi-led coalition began air strikes against Iran-backed Houthi rebels in Yemen in March.

“That is more than in any country or crisis in the world during the same period,” he noted.

Last week, the United Nations passed a watered down resolution backed by Saudi Arabia to set up a national inquiry into human rights violations. 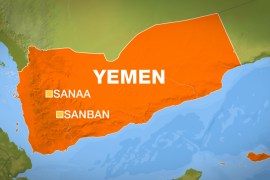 Spokesperson for the Saudi-led coalition tells Al Jazeera no air strikes were conducted in Dhamar area. 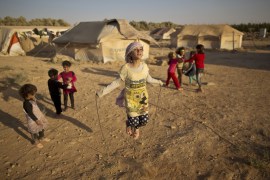