Separately, Boko Haram attacked a rural military camp in northeastern Yobe state overnight but were repulsed by troops who killed at least 100 of their fighters, the military said.

Seven troops died in the fighting and nine were injured in the village of Goniri, said army spokesman Colonel Sani Usman.

He said he counted 15 bodies and 12 wounded people rushed to the hospital in Damaturu, which has suffered dozens of attacks during Nigeria’s 6-year-old Islamic uprising.

Police Assistant Superintendent Toyin Gbagedesin said seven people died in the Damaturu attacks. There was no immediate way to reconcile the conflicting tolls.

Gbagedesin also reported a third attack by two male suicide bombers on a settlement of Fulani herders that he said killed 10 people.

Nobody claimed responsibility for the attacks, but Nigeria has stepped up efforts to end the six-year conflict with Boko Haram, during which the group has killed thousands in shootings and bombings.

Attacks have spilled over into neighbouring countries. Chadian authorities said a Boko Haram attack on Tuesday near Chad’s border with Nigeria left 11 soldiers and 37 militants dead.

Amnesty International estimates 20,000 people have died in this conflict. 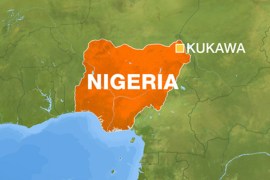 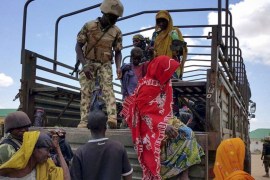 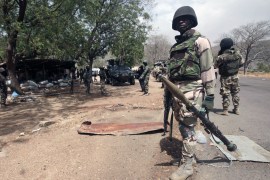 Army says it has destroyed ten camps belonging to armed group and killed many fighters in country’s northeast.