A former president of the UN General Assembly, John Ashe, has been charged with taking $1.3m in bribes from Chinese businessmen.

Ashe, who served as president for a year from September 2013, allegedly took bribes in exchange for backing a proposed UN conference centre in Macau promoted by Chinese developer Ng Lap Seng, according to court documents revealed on Tuesday.

Ng, a wealthy real estate mogul, was arrested and jailed in New York last month for smuggling more than $4.5m in cash into the US over a two-year period.

As UN ambassador for Antigua and Barbuda, Ashe accepted bribes from Ng and four others from 2011 to December 2014, according to the documents.

“Among other things, Ashe accepted over $500,000” from Ng, who was “seeking to build a multibillion-dollar, UN-sponsored conference centre in Macau,” the complaint said.

Al Jazeera’s James Bays, reporting from the UN headquarters in New York, said more officials could get caught up in the investigation.

“There are six people, including the former president of the General Assembly, one of the most important offices in the UN,” Bays said.

“There is real shock at some of the allegations that were read out by the US attorney.”

Ashe is accused of having spent the bribes allegedly given to him on Rolex watches, a BMW, Bespoke suits, and a basketball court at his home.

In exchange for the payments from Ng, Ashe submitted a request to UN Secretary-General Ban Ki-moon, “which claimed that there was a purported need to build the UN Macau Conference Centre.”

Ashe also received $800,000 in bribes from Chinese businessmen to advance their interests at the UN and with the Antigua government, including with the prime minister who got a cut of the bribe money, the documents said.

Ashe, who served as UN ambassador for Antigua until November 2014, also received payments to cover personal expenses, such as family vacations and the construction of a basketball court at his house in New York state, the AFP news agency reported.

Ban Ki-moon said he was shocked and deeply troubled by the allegations targeting Ashe.

Ban said the charges filed against Ashe “go to the heart of the integrity of the United Nations,” according to a statement from his spokesman Stephane Dujarric. 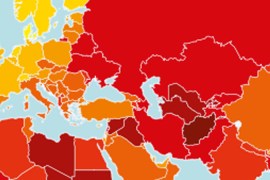 Corruption is by far not the main factor behind persisting poverty in the Global South. 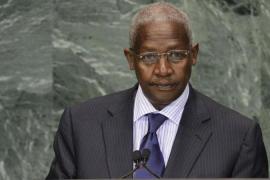 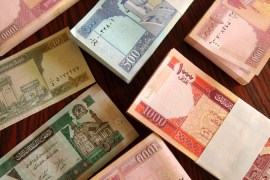 Survey found that $3.9bn, twice the nation’s domestic revenue, was paid in bribes in 2012.