The Republican presidential candidates have clashed over tax plans during the party’s third presidential debate, with front-runner Ben Carson defending his Bible-inspired proposals.

Carson, a retired neurosurgeon, said his plan, which is based on religious tithing principles, would get rid of deductions and loopholes and constitute a flat rate of about 15 percent that would be sufficient to fund a sharply reduced government.

“Remember, we have 645 federal agencies and sub-agencies. Anybody who tells me that we need every penny in every one of those is in a fantasy world,” Carson said.

Businessman Donald Trump largely refrained from personal attacks on his rivals, which has been a signature of his campaign, even taking a light touch with Carson.

Trump said he could fix the US government’s $19 trillion debt.

“Marco, when you signed up for this, this was a six year term and you should be showing up for work,” said Bush, who is struggling to right his campaign after being forced to slash spending in response to slower fundraising.

Rubio, who has had a close relationship with Bush, responded sharply: “Someone has convinced you that attacking me is going to help you.”

Bush, without mentioning Trump by name, said: “It troubles me that people are rewarded for tearing down this country.”

Trump and Carson, the two clear front-runners for the party’s nomination for the 2016 election, were under pressure to prove their economic expertise at Wednesday’s presidential debate, with eight struggling rivals eager to expose what they see as policy weaknesses.

The debate comes at a crucial time in the race for the 2016 Republican presidential nomination, as Carson has moved ahead of Trump in some national and local polls. The latest Reuters/Ipsos poll shows the two front-runners in a dead heat.

The 10 leading candidates out of 14 vying for the Republican nomination debated in Boulder, Colorado.

Carly Fiorina, a former executive at Hewlett-Packard, said she would reduce the tax code to three pages to level the playing field for all Americans.

Ohio Governor John Kasich was quick to go on the attack against billionaire developer Trump, calling his tax plan “a fantasy”.

“We are on the verge of picking, perhaps, someone who cannot do this job,” Kasich said. “You gotta pick somebody who has experience.”

The other candidates sharing the stage were US Senator Rand Paul of Kentucky, US Senator Ted Cruz of Texas, former Arkansas Governor Mike Huckabee, and New Jersey Governor Chris Christie. 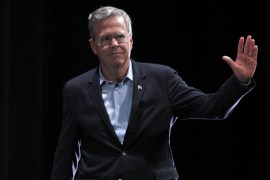 Ex-governor of Florida goes into the third Republican presidential candidate debate fighting for his political survival. 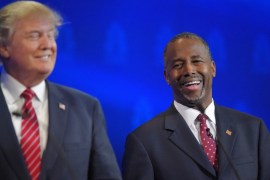 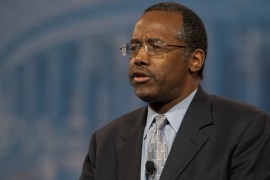 Ben Carson: Muslim should not be elected US president

The Republican presidential candidate says Islam is not consistent with the US constitution.