Hundreds of university professors in the United Kingdom say they will halt all cooperation with Israeli schools in an effort to draw attention to Israel’s violations of international law.

In a statement released on Tuesday, 343 UK academics announced that they would no longer accept invitations to visit Israeli academic institutions, act as referees in any of their processes, or participate in conferences funded or organised by them.

We hope that many more people will sign, and it will help in the process of public education about Israel - and at some point, Israel will start to listen and change their policy.

“We couldn’t have done this five years ago. The change in mood is palpable; many people have been critical of Israel and its policies privately, but until now, many have not thought they wanted to state this publicly,” London School of Economics professor Jonathan Rosenhead, who helped to organise the academic commitment, told Al Jazeera.

“It represents, therefore, a clear shift in the feelings people have about Israel,” he said. “We hope that many more people will sign, and it will help in the process of public education about Israel – and at some point, Israel will start to listen and change their policy.”

The move is part of the international Boycott, Divestment and Sanctions (BDS) campaign that aims to boycott Israel as a form of nonviolent resistance to defend the Palestinian cause. The BDS movement, which started a decade ago, has gained strength in recent years as Israel’s violations of international law have continued to mount, notably in last year’s widely criticised Gaza war, which killed more than 2,000 Palestinians.

It also comes as violence continues to rage in the occupied Palestinian territories, with a wave of stabbings and shootings that has killed at least 60 Palestinians and eight Israelis.

“The need for solidarity with the Palestinian people … is made more urgent today by the current escalation of violent conflict in Israel/Palestine. The fatalities are overwhelmingly of Palestinians engaging in street protests provoked by Israel’s 48-year and ever tightening occupation,” organisers said in a statement. “Palestinians are driven to desperation in the face of Israeli intransigence, and its continuing ethnic cleansing of East Jerusalem.”

Last week, the BDS movement came under criticism in a letter signed by dozens of figures in the UK arts community, including prominent author JK Rowling, lambasting BDS as “divisive and discriminatory”.

Israeli Prime Minister Benjamin Netanyahu has also been sharply critical of the BDS movement, recently allocating millions of dollars to combat what he called the “delegitimisation of Israel”.

VIDEO: Is the boycott movement a threat to Israel?

Signatories to the statement say they will still continue to work with Israeli colleagues in their individual capacities.

“As scholars associated with British universities, we are deeply disturbed by Israel’s illegal occupation of Palestinian land, the intolerable human rights violations that it inflicts on all sections of the Palestinian people, and its apparent determination to resist any feasible settlement,” the text of the academic commitment stated.

Signatories cited a number of specific instances in which Israeli universities have been complicit in the country’s violations of international law, including research leading to the development of weaponised, unmanned bulldozers that have been used to demolish Palestinian homes and technology that helps Israel detect and destroy smuggling tunnels used by Palestinians to break the siege on Gaza.

“The Palestinian people continue to show remarkable determination in fighting for their national rights,” said Professor Costas Lapavitsas of London’s School of Oriental and African Studies. “The action by UK scholars is a small gesture of support and a way of reminding Israel that the arrogance of strength is a bad and dangerous principle for any state to adopt.” 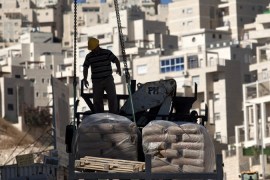 Is ‘Brand Israel’ under threat?

As the Boycott, Divestment and Sanctions (BDS) movement gains traction, how will the country deal with the pressure? 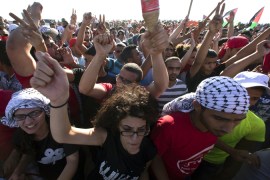 Palestinian activism grows at US universities 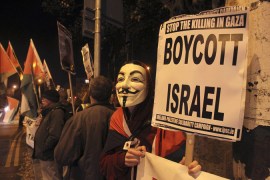