The Islamic State of Iraq and the Levant (ISIL) has claimed responsibility for a suicide bombing at a Shia mosque in Saudi Arabia’s Najran city in which at least one person was killed and 16 others were injured.

Saudi state television says the suspect’s car has been found, with a note inside to his parents confirming his plan to attack the mosque.

An eye witness said the explosion took place as the suicide bomber tried to enter the mosque.

The operation targeted “the rejectionist Ismailis”, said a statement carried by the group posted on Twitter, referring to the Ismaili Shia sect who are a minority in Saudi Arabia.

“A person went to the mosque and did an explosion,” an interior ministry spokesman earlier told the AFP news agency.

About half of Najran’s population belongs to the Shia community.

Most of Saudi Arabia’s Shia live in Eastern Province, where they have been targeted four times in the past year by bombings and shootings claimed by the ISIL group. 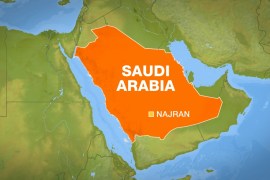 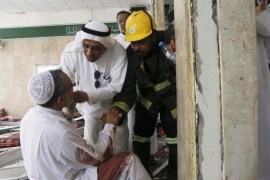 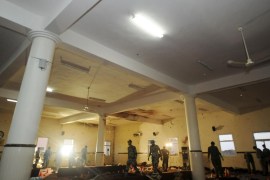