Polls have closed in Tanzania’s presidential and parliamentary elections, with the ruling party facing its toughest test yet from opposition rivals led by former Prime Minister Edward Lowassa.

In the lead-up to Sunday’s polls, opposition leader Lowassa tapped into mounting anger over corruption and the slow pace of change in East Africa’s second most populous country.

With its 54-year rule, the Party of the Revolution (CCM) is the dominant party in Tanzania and the longest reigning ruling party in Africa.

“People have been coming since very early in the morning. They just want to vote early so they can go home and go about their business and wait for the result,” Soi said.

“Things are smooth and people are patiently waiting to cast their vote. They want free and fair elections.”

There are more than 63,000 polling stations in Tanzania, and each station is only allowed 450 voters. “This is to quicken the process.” Soi added.

Many voters said education, healthcare and the economy were the major issues they based their choice on.

“I have voted for Lowassa because I want change. He knows what he has promised us, and we expect him to fulfil it. I want him to deal with education and health as he has promised,” Asante Jumaine Kigawa, a voter in a suburb of Dar es Salam, told Al Jazeera.

“To be truthful, our education system is no good, and the health sector, especially for mothers and babies, is in a horrible state.”

Other voters wanted the ruling party to continue its 54-year grip on power to fulfil its promises.

“I am voting for John Magufuli because CCM has brought us a lot of developments and his promises are very strong and I pray to God to help him fulfil them,” Atubella Josephat, 25, a first-time voter, told Al Jazeera.

“Some of his promises are on education and dealing with youth unemployment.”

Outgoing President Jakaya Kikwete, who will step down after serving two terms, has warned against violence in the lead-up to the polls.

“Anyone who tries to cause trouble will be dealt with,” Kikwete said at a CCM rally on Saturday.

RELATED: Why do some African leaders cling to power?

Both Magufuli of the ruling CCM party and the opposition coalition candidate Lowassa have drawn tens of thousands of people to lively rallies, vowing to curb frequent power outages and ensure future economic growth reaches the poor.

They have also pledged to tackle rampant corruption and improve crumbling infrastructure that hinders businesses and weighs on everyday life.

At a final rally on Saturday, Magufuli said he would focus on creating jobs and ensuring faster development of Tanzania’s natural gas discoveries.

Tanzania’s ambitious plans to build a multibillion-dollar liquefied natural gas (LNG) plant appear to have stalled, a major concern in a nation which is counting on its gas resources to turbo-charge its development.

The new president will also need to do more to encourage foreign investment and shake off Tanzania’s reputation for letting bureaucracy hamper development. 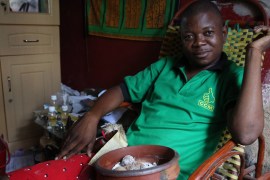 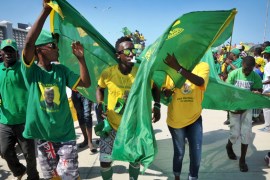 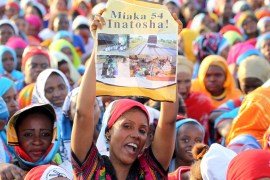 Closeness of the election race has lent a more rambunctious air to Tanzania’s normally halcyon politics. 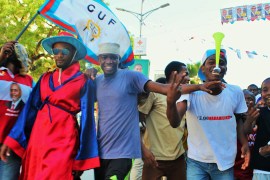