A Palestinian Israeli has flown across the Golan Heights into war-torn Syria with a paraglider, the Israeli military said, in the first reported such incident.

The flight took place on Saturday and reportedly involved a man from the Arab village of Jaljulia northeast of Tel Aviv, as the Israeli military said it was still examining the incident.

The Israeli military suspects that the 23-year-old man may have planned to join the Yarmouk Martyrs Brigades, an armed faction that pledged allegiance to the Islamic State of Iraq and Levant (ISIL), the website of the Hebrew-language newspaper Yediot Ahronot reported on Sunday.

The paraglider had come down either in Syria’s Quneitra province, which includes the Golan Heights, or in the neighbouring Deraa province, a Syrian rebel whose group operates in the area, told Reuters news agency.

Yediot Ahronot reported that the man flew into the southern Golan Heights, which is controlled by the Yarmouk Martyrs Brigade,

Moti Almoz, the Israeli military spokesman, said: “We don’t know if someone was waiting for him on the other side, and we are working under the assumption that anyone who glides against the wind’s direction has planned to do so.”

Initially, there was concern an Israeli citizen had been accidently swept into Syria by the winds on Saturday and captured by one of the rebel groups there.

According to Israel’s Shin Bet internal security agency, some 45 Palestinian Israelis have joined rebel groups in Syria, mainly entering through Turkey. At least four were killed in fighting there, and 10 were arrested upon returning to Israel.

Sunday’s paragliding flight would appear to be the first case of someone entering Syria via the Golan Heights. 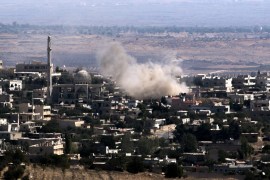 Israel bombs Syrian army positions in response to ‘misfired’ rockets that landed in the Israeli-occupied territory. 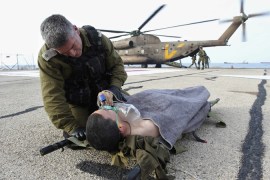 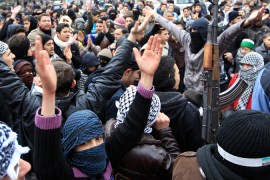