Slow-moving thunderstorms have dumped hundreds of millimetres of rain onto northern Texas since Thursday, leading to flooding, power outages and cancelled flights.

In Corsicana, an hour south of Austin, there is a report of 484mm of rain falling in two days, causing flooding and forcing road closures.

Rainfall amounts in some parts of Texas have already exceeded the amount produced by Hurricane Patricia’s landfall in Mexico, and more is on the way. The Formula One Grand Prix race this weekend in Austin has been badly affected.

Several ingredients are converging across the heart of Texas to produce an event that will be unusually intense and prolonged, even for this flood-familiar region.

Atmospheric moisture is already at record levels for late October across the south of Texas and rainfall rates as high as 115mm per hour have already observed.

A low-pressure centre is now forming along the coast of Texas, which is serving to pump tremendous amounts of moisture up from the Gulf of Mexico.

The remnants of Hurricane Patricia, which struck Mexico on Friday as a Category 5 hurricane, will add even more moisture to the system.

Tides have been running high around Galveston and this new low-pressure centre will produce an additional small storm surge. Most drainage around the Houston-Galveston area is gravity fed, and with Galveston Bay waters raised, drainage from Houston is less effective.

Storm surge expert Hal Needham comments that although a 0.9m storm surge is not phenomenal for Galveston, a prolonged surge could have dire impacts if accompanied by 300 or more millimetres of rain.

“This becomes a major concern when looking at the extraordinary rainfall in the forecast.”

With the rain now transferring further south, the focus for flood risk in the immediate future is Austin, San Antonio, Houston and the Texas coast. In the following days, this developing flood event will spread into Louisiana and Mississippi. 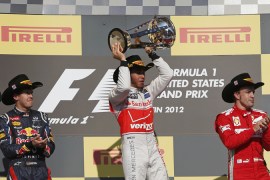 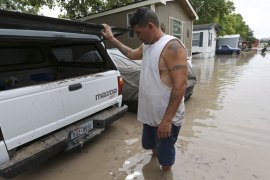