A struggle over Medicaid funding for Planned Parenthood has spread to Texas after state authorities raided several of its clinics and demanded thousands of pages of documents, including confidential patient records.

Agents from the Texas Office of the Inspector General arrived at Planned Parenthood facilities in San Antonio, Houston, Brownsville and Dallas on Thursday, giving the organisation 24 hours to hand over patient records, billing records and personnel information.

RELATED: Texas abortion clinics: How far is too far to drive?

Sandra Spencer, director of the women and gender studies programme at the University of North Texas (UNT), said the raids are “a blatant, politicised move for control of women”.

The most populous Republican-controlled state in the US, Texas is a focal point of right-wing campaigning against reproductive rights, namely abortion services.

The law forbids all forms of federal funding, including Medicaid, from covering abortions.

Governor Abbott said last week, “the gruesome harvesting of baby body parts by Planned Parenthood will not be allowed”, referring to accusations that the organisation has profited from selling body parts of aborted foetuses.

Texas officials have justified their measures by citing videos released by the Center for Medical Progress – an anti-abortion organisation – which purported to show Planned Parenthood’s senior director Deborah Nucatola saying the sale of foetal tissue was for financial gain.

Yet, those videos were later found to be heavily edited.

A subsequent investigation conducted by the Missouri attorney general “found no evidence that [local Planned Parenthood] has engaged in unlawful disposal of foetal organs or tissue”.

“It is a continuing assault on women with a little retreat from time to time to find more ammunition,” Spencer said. “After the manufactured video clips, they’ll find something else.”

In 2013, Texas passed House Bill 2, one of the harshest anti-abortion laws in the country. The legislation imposed a number of restrictions on clinics that provide abortion.

As a result, the number of abortion-providing facilities in Texas has dropped from 41 to 18, according to a study conducted by the University of Texas in Austin.

The study found that the bill had severely limited access to abortion, effectively forcing women in need of the procedure to travel further and wait longer.

Parts of the bill are currently being challenged in a federal court. If the appeals are rejected, only 10 clinics will be allowed to operate.

For its part, Planned Parenthood provides an array of services other than abortions, including pregnancy tests, prenatal care, cancer-related treatment, sexually transmitted disease tests and more.

Sydney Casey, an Austin-based nursing student, said the crackdown on Planned Parenthood is “a scam” and that Governor Abbott and his political allies “are playing with women’s health and access to necessary services that save lives”.

“They’re using the lowest income patients in the state to gain political points, depriving them of basic healthcare and preventing Texas families from choosing what is best for them,” she told Al Jazeera.

Federal judges have blocked similar moves to block Medicaid funds to Planned Parenthood in the neighbouring states of Arkansas and Louisiana.

Republicans across the country have rallied against Planned Parenthood.

Eric Herrero, a spokesman for Planned Parenthood, said in a statement that investigations into the organisation “were all sparked by false and discredited claims”, and that “their political motive has become increasingly clear”. 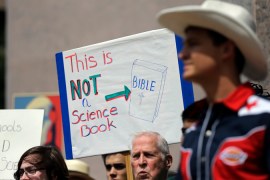 The state’s board of education has an outsize influence on which textbooks are used by schools throughout the US. 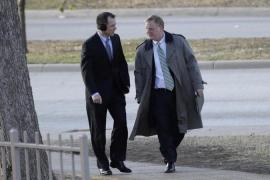 Ruling is the latest in a series of victories for gay-rights activists following similar decisions in other US states. 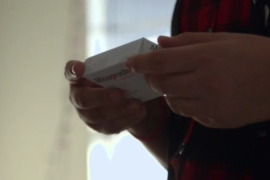