Google has announced the launch of a “Crisis Info Hub” to help refugees seeking asylum around the world by providing critical information for their journeys.

The initiative aims to make information on issues such as transport and lodging easily accessible on smartphones, the company said on its blog on Friday.

So far, the website only has information on the Greek island of Lesbos, the main point of entry to Europe for refugees travelling on boats across the Mediterranean. More locations will be added shortly, the company said, asking volunteers with language skills to contribute.

The website offers information in English and Arabic on registration centres and legislation, accommodation, transport, medical care, and banking services.

IN PICTURES: Greece’s only refugee camp

Google’s new platform comes after a month after a fundraiser run by the company managed to collect $5.5m in just two days for the refugee crisis. Google said the funds were used to support the work of organisations including Doctors Without Borders, Save the Children, and the UN High Commissioner for Refugees.

Europe is facing its worst refugee crisis in decades, with at least 680,000 people arriving by sea this year.

Many of them first land on the shores of Greek islands. Greece has seen a record 48,000 migrants and refugees arriving in the space of just five days, the International Organisation for Migration said on Friday.

More than half of those crossing from Turkey had landed on Lesbos, which saw 27,276 arrivals between October 17 and 21. 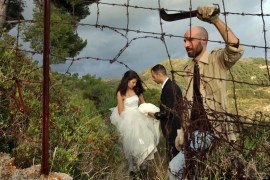 On the Bride’s Side

The Italians, the refugees and the fake wedding party – the innovative plot to help Syrians reach Sweden. 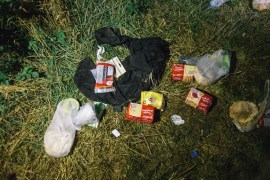 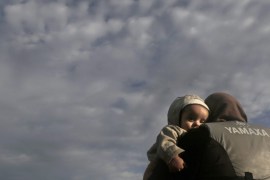