At least 43 people have been killed in a collision between a bus and truck near the southwestern town of Libourne, officials said.

The bus caught fire in the Friday morning crash that also left the driver of the truck dead.

Images shown on French television showed the coach as a charred shell that had been entirely burned.

Five surviving passengers were brought to hospital with injuries while three others were unharmed, local authorities said.

The interior ministry said the bus was carrying elderly from a nearby village going on an excursion.

Local politician Florent Boudie, who had visited the accident site, told BFM-TV that it was unclear what had caused the accident. He said the authorities were considering high speed and weather conditions as
potential factors.

Scores of emergency workers from the region were mobilised to the scene.

The incident was France’s worst road accident since 1982.

“The French government has fully mobilised after this terrible tragedy,” President Francois Hollande said from Athens, where he is on an official visit.

“We are plunged into sadness due to this drama.” 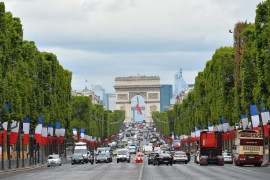 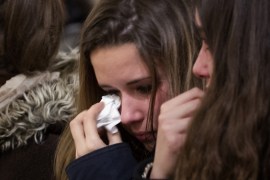