UN chief Ban Ki-moon has urged an end to spiralling violence as he met Palestinian president Mahmoud Abbas in Ramallah, saying all recent killings must be thoroughly investigated.

Ban’s visit on Wednesday was aimed at calming three weeks of deadly unrest in which 51 Palestinians and eight Israelis were killed across Israel and the Palestinian territories.

“We will continue to support all efforts to create the conditions to make meaningful negotiations possible,” Ban told journalists after meeting Abbas in the West Bank city of Ramallah earlier in the day.

“But ultimately it is for Palestinians and Israelis to choose peace. Our most urgent challenge is to stop the current wave of violence and avoid any further loss of life.”

Ban, who met Israeli Prime Minister Benjamin Netanyahu on Tuesday, said that “the only way to end the violence is through real and visible progress toward a political solution, including an end of the occupation”.

“I have stressed to both Israeli and Palestinian leaders the urgent need to reaffirm through words and deeds that they are partners for peace,” he said.

Clashes between Israeli forces and Palestinian protesters at the compound in September preceded the current wave of violence.

Netanyahu has repeatedly accused Abbas of inciting violence by suggesting that Israel wants to change the status of the compound, while Israeli authorities have allowed an increasing amount of Israeli visits to the site.

Muslims fear Israel will seek to change rules governing the site. Jews are allowed to visit but not pray to avoid provoking tensions.

“The continued occupation and aggression against Christian and Muslim holy sites in East Jerusalem, particularly against Al-Aqsa, opens the door to a religious conflict, which has unfortunately started,” Abbas told journalists.

“We don’t want it and we are warning over its consequences,” he said.

One Eritrean asylum seeker was killed after he was mistaken for a Palestinian attacker during a raid in southern Israel.

On Tuesday, an Israeli settler was run over by a vehicle near Hebron, in what the Palestinian driver said was an accident.

Rights groups have warned that Israel is using excessive force against Palestinians and that some of the incidents amounted to extrajudicial killings.

The violence has been triggered in part by recent visits by Jewish groups to the Al-Aqsa Mosque compound in occupied East Jerusalem, coupled with Israeli restrictions on Palestinian access to the mosque, one of Islam’s holiest sites. 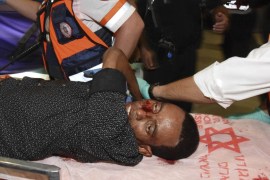 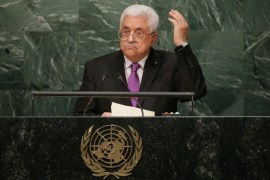