Two teenagers from the same family were among five Palestinians killed by Israeli forces during fresh violence, while an Israeli settler died from wounds he suffered after he was run over by a vehicle.

The unrest on Tuesday brought the death toll to 50 Palestinians and nine Israelis since the start of October.

The two Palestinian relatives were shot dead on Tuesday evening by Israeli fire in the city of Hebron in the West Bank after they allegedly launched a stabbing attack against soldiers. One Israeli soldier was reportedly injured.

It was initially difficult for the Palestinian Red Crescent to reach the scene of the reported incident near the Ibrahimi Mosque to retrieve the bodies, due to the restrictions imposed on Palestinians at Israeli-manned checkpoints.

Earlier on Tuesday, A Palestinian man identified as 24-year-old Adi Hashem Masalmeh was killed by Israeli forces near the city of Hebron in the West Bank after he allegedly tried to stab an Israeli soldier.

Israeli fire on Tuesday also killed 27-year-old Ahmed al-Serhi during clashes in the Gaza Strip border with Israel, Gaza medics said, in the latest unrest to erupt in the coastal enclave.

Elsewhere, Hamzeh Mousa Al-Amleh was shot dead by Israeli forces after he allegedly rammed his car into two people in Gush Etzion settlement, south of Bethlehem, lightly injuring both of them.

In a separate incident on Tuesday, an Israeli settler died hours after he was run over by a Palestinian man near Hebron. Witnesses said the settler was attacking cars in the area before he was hit by one of the vehicles.

Meanwhile, violent clashes broke out between Palestinian protesters and Israeli forces at a rally in Beit El near Ramallah, where Israeli forces used tear gas to disperse the crowds.

On Monday night, Israeli security forces arrested Hassan Yusef, one of Hamas’ top figures in the West Bank, in an overnight raid near Ramallah.

Rights groups have decried Israeli measures as the government continues to crack down on Palestinians.

In one week, Israeli police arrested more than 100 demonstrators and activists during protests in Palestinian areas, according to Adalah, a Haifa-based legal centre for Palestinians in Israel.
UN Secretary-General Ban Ki-moon urged Palestinians and Israel on Tuesday to step back from a “dangerous abyss” as he arrived in Israel on Tuesday for a snap visit to the region.

Speaking moments after arriving, Ban said the wave of unrest was undermining Palestinian hopes for statehood and Israel’s longing for security.

“This conflict has gone on for far too long,” he said. “We must, for the future of our children, come back from this dangerous abyss, safeguard the two-state solution and lead people back onto the road towards peace.” 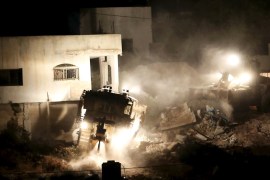 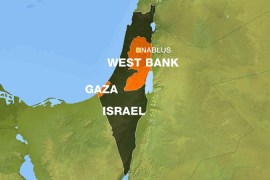 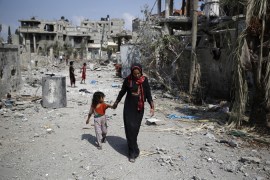