Canada’s prime minister-elect Justin Trudeau said he told US President Barack Obama that Canadian fighter jets would withdraw from fighting the Islamic State of Iraq and the Levant (ISIL) group, without giving a timeline.

Trudeau, who had promised to withdraw Canada from combat in the coalition fight against ISIL, said he told Obama on Tuesday that Canada will pull out of the bombing mission but maintain humanitarian aid and training.

The White House had earlier said it hoped the new Canadian government would continue to support the efforts of the US-led coalition to fight ISIL.

While Canada remains “a strong member of the coalition against ISIL,” Trudeau said he made clear to the US leader “the commitments I have made around ending the combat mission.”

Canada last year deployed CF-18 fighter jets to the region until March 2016, as well as about 70 special forces troops to train Kurds in northern Iraq.

Trudeau, who campaigned on a promise of change, toppled Stephen Harper’s Conservatives on Monday, giving him the freedom to start implementing his campaign pledges largely unimpeded.

During his campaign, Trudeau pledged to bring home the fighter jets and end its combat mission but vowed to keep military trainers in place.

His new Liberal government will be “moving forward with our campaign commitments in a responsible fashion,” Trudeau said.

“We want to ensure that the transition is done in an orderly fashion.” 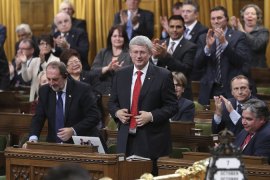 House of Commons votes in favour of sending Canadian forces to combat ISIL rebel group in Iraq, but not in Syra. 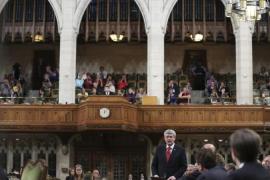