Voting is under way in Switzerland’s parliamentary elections with surveys indicating a tilt to the right as voters see immigration as their biggest concern.

While Switzerland has not become a major destination for the thousands of refugees and migrants entering Europe each day, there has been a growing sense of unease about rising immigration in recent years.

Immigrants will make up half of Switzerland’s population by 2030, the SVP warned in one of its campaign newsletters ahead of the elections.

About a quarter of Switzerland’s eight million inhabitants are currently foreign nationals.

The latest survey from the gfs.bern polling institute showed that 48 percent of those questioned thought migration was the most important issue facing the country.

Only nine percent chose the runner-up issue – Switzerland’s relationship with the EU – as the most important.

SVP, the most visible party on both the top issues, hit 28 percent support in the latest poll – up from the 26.6 percent it managed in the 2011 election and close to the record high 28.9 percent it won in 2007.

The Social Democrats, Switzerland’s second largest party, are also expected to inch up slightly from the 18.7 percent of the vote they won four years ago.

Ties with the EU were badly hit by a narrow Swiss popular vote in February 2014, championed by the SVP, in favour of restricting immigration from the bloc.

The centre-right Liberals, in third place, are also seen gaining ground from the 15.1 percent they took in 2011, at the expense of the Christian Democrats, the Greens and other smaller parties in the house.

Despite the expected shift to the right, the government will not look much different after the elections.

Switzerland’s complex consensus-oriented political system is expected to prevent the SVP from taking over the government.

In contrast with other countries, cabinet posts are divided between the biggest parties according to a predefined ratio.

The SVP has had only one seat since a small offshoot party took its other one, looking to secure two in the elections.

A total of 245 parliamentary seats are up for grabs, 200 in the lower chamber and the rest in the upper chamber.

First results from the smaller of the 26 cantons are expected in the afternoon, with final results after midnight. 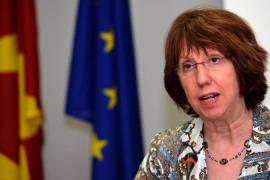 Justice and police ministry says it will now limit resident permits to citizens of other European nations. 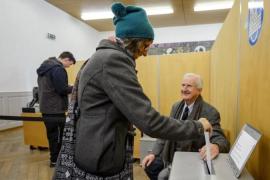