German Chancellor Angela Merkel has offered Turkey the prospect of support for faster progress on its bid to join the European Union in return for cooperation in stemming the flow of refugees and taking back those rejected by Europe.

Merkel also said on Sunday that Germany could accelerate the path to visa-free travel to the EU for Turks, bringing the process forward to July 2016 – a year earlier than planned.

“A working group between Turkey and Germany is carrying out talks on these matters and this group will convene again in the coming days. We can facilitate some of these matters by holding bilateral talks,” she said, speaking at a joint news conference with Turkish Prime Minister Ahmet Davutoglu in Istanbul.

“We would like to make some progress on this process. There are some requests [from Turkey] that need to be met.”

Turkey’s requests include $3.4bn financial assistance for the care of Syrian refugees within its borders – three times more than the EU’s original offer.

More than two million Syrians have fled to Turkey.

Turkish President Recep Tayyip Erdogan said after meeting Merkel later on Sunday that he had asked for the backing of the chancellor, as well as the leaders of France, Britain and Spain, to speed up Turkey’s EU membership bid.

Dubbed a “punchbag” of her own party by some German media due to frustrations over the refugee crisis, Merkel wants to cement a European deal with Turkey on aid and closer ties in return for help in encouraging refugees there to stay put.

She has resisted pressure to tighten Germany’s border controls and turn away refugees arriving from Austria, even as Germany expects 800,000 to one million new arrivals this year.

Both the Turkish and German leaders said they had agreed there could be no lasting solution to the refugee crisis without resolving the conflict in Syria.

A “safe zone” in northern Syria, a proposal long championed by Turkey but which has gained little international traction, is badly needed, Davutoglu said.

“Turkey and Germany will work shoulder to shoulder for legal and coordinated migration. And we need to find a solution to the problem in Syria to end the migration problem,” he said. 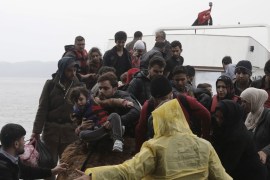 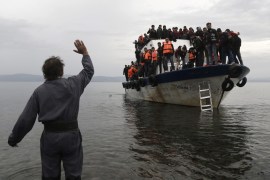