Egyptians living in New Zealand and Australia were the first to cast ballots at their country’s diplomatic missions there, Egypt’s official Middle East News Agency reported.

The voting is to be held over two consecutive days at Egypt’s diplomatic missions in 139 countries around the world, the news agency reported.

Egyptians residing abroad are estimated at around 9 million. Some 700,000 of them are registered voters. Polling inside Egypt is to start on Sunday.

Nearly 570 seats are up for grabs in the parliamentary elections running through December. Final results are expected on December 4.

President Abdel-Fatah el-Sisi has the authority to appoint 28 more members in the assembly, Egypt’s first in more than three years.

In 2012, Egypt’s top court dissolved the Islamist-led parliament, sayings it had been elected on faulty rules.

The vote will mark the final step in what has been billed as a transition to democracy. But critics say the next parliament is likely to be a rubber-stamp body that further solidifies the power of Sisi, a former general who led Morsi’s overthrow. 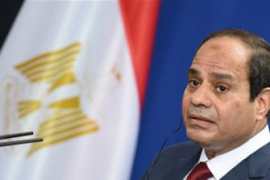 Two-stage voting process to be held to elect parliament, without which the country has operated since June 2012. 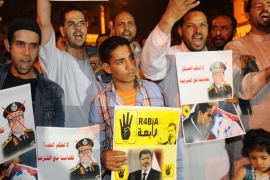 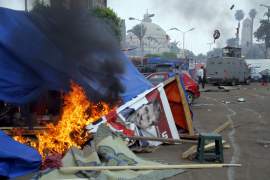 Is Egypt returning to military rule?

We ask if the crackdown on pro-Morsi protesters is the start of a longer confrontation or a violent precursor to peace.