Rebels have battled to reverse an Islamic State of Iraq and the Levant (ISIL) group advance on Syria’s Aleppo, as Washington said it would resume talks with Moscow to avoid accidents in the skies over the war-torn country.

Russia on Saturday continued its aerial campaign in Syria, launching dozens of air strikes against what it said were ISIL targets.

In the northern province of Aleppo, rebels, including the powerful Ahrar al-Sham group, on Saturday recaptured one of several villages seized by ISIL in its advance a day earlier, a monitor said.

The Britain-based Syrian Observatory for Human Rights said rebels were battling to take back a second village from ISIL, which is now within 20 kilometres of Aleppo city.

The ISIL offensive has brought the group closer than ever to Aleppo, threatening to further complicate the situation in Syria’s second city, which has long been divided between government and rebel control.

The regime holds the west of the city while the rebels hold the east, but the situation is largely reversed in the countryside.

The ISIL advance threatens both regime and rebel forces in the city, including a strategic road that leads from rebel-held Aleppo to the Turkish border.

The battles come amid a wave of intense Russian air strikes that have targeted fighters trying to topple President Bashar al-Assad and a ground offensive by the Syrian army in the country’s central region.

Russia began its bombing campaign in Syria on September 30, saying it was targeting ISIL and other “terrorist” groups.

But US officials and Syrian rebels have said the strikes have hit “moderate” fighters for the most part and are aimed at shoring up Assad’s embattled government and troops.

Moscow has also been accused by activists on the ground that its warplanes were hitting civilian areas in Syria.

Human Rights Watch on Friday said that a suspected Russian air strike on the central town of Talbiseh on September 30 killed at least 17 civilians and wounded 72, adding that the incident should be investigated for possible violations of the laws of war.

The Russian campaign has complicated the efforts of the US-led coalition carrying out strikes against ISIL in Syria.

The Pentagon on Friday said it would resume talks with Moscow aimed at preventing military accidents in Syrian airspace after it received a reply to US proposals.

Russian planes last weekend crossed into Turkish airspace, triggering an immediate protest from Turkey and a vow from NATO that it will defend its member nation.

A Russian aircraft also came within a few kilometres of an American drone. The Russians have complained about the narrow scope of the US talks, and Russian Deputy Defence Minister Anatoly Antonov said Moscow wants broad discussions on international cooperation with the US-led coalition fighting ISIL. 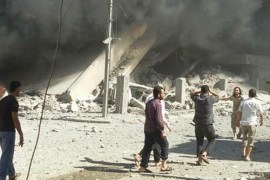 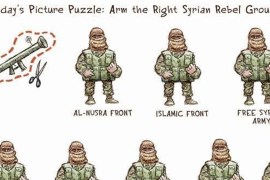 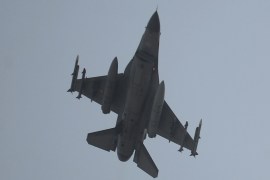