Israeli soldiers have shot and killed two Palestinian children in the Gaza Strip during confrontations, less than 24 hours after six people were shot dead while protesting along the border with Israel.

Medical sources confirmed to Al Jazeera that at least 23 people had been injured in clashes with Israelis across Gaza on Saturday.

The ministry said in a post on Facebook that the total number of Palestinians killed since the start of October now stood at 20, with nine killed in the Gaza Strip, and 11 in the occupied West Bank and occupied East Jerusalem.

The killings come a day after Israeli soldiers killed six Palestinians protesting along the border separating the territory from Israel.

Among those killed on Friday was a 15-year-old boy who was fatally shot at a demonstration in the al-Faraheen village, southeast of Gaza City.

The Israeli army claimed there had been “multiple violent attempts to storm the border fence,” and “a thousand rioters infiltrated the buffer zone”, throwing a “grenade, rocks and rolled burning tyres” at the soldiers.

The deaths of the two teenagers in Gaza came shortly after three Palestinians were killed in separate incidents in East Jerusalem after reportedly attacking Israelis.

The dead included a 16-year-old, who was shot dead by Israeli police after stabbing two men, and a member of Hamas, who opened fire on Israeli paramilitary police during a clash in the Shuafat refugee camp.

A Palestinian who was shot by Israeli forces in Hebron on Thursday succumbed to his injuries two days later.

The Palestinian Ministry of Health said two Palestinians were being treated for head injuries in Bethlehem after being hit by tear gas canisters fired by Israelis during protests there.

The recent violence has been fuelled by Palestinian fears that Israeli hard-liners are trying to take control of the al-Aqsa Mosque in East Jerusalem, one of Islam’s holiest sites.

Those fears have grown after visits by Jewish groups, including politicians, to the site.

Under the current arrangements, Jews are allowed to visit the site but non-Muslim prayer is banned. 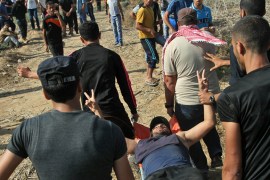 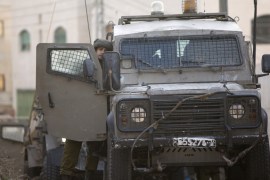 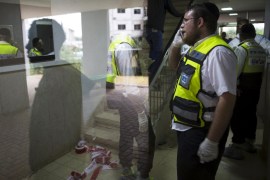 Violence flares up between Israelis and Palestinians