A new report on wildlife in the Eastern Himalayas says researchers in the area have discovered more than 200 new species, including “walking” fish and a “sneezing monkey” in the last six years.

The findings, made in Nepal, Bhutan, the far north of Myanmar, southern Tibet and northeastern India, were published by the World Wildlife Fund.

They include the lance-headed pit viper, notable for its orange, red and yellow colouring, and a remarkable blue-eyed frog.

Scientists also found a new species of monkey in the remote forests of northern Myanmar after being told by locals that it was most easily found when it rains because it is prone to sneezing.

In total, 133 plants, 39 invertebrates, 26 fish, 10 amphibians, one reptile, one bird, and one mammal have been discovered in the area over the past six years.

The report describes the newly discovered species as “amazing” gifts of nature but warned that more needs to be done to protect wildlife in the region. 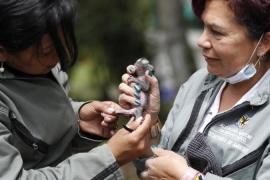 Wildlife population falls by half in 40 years 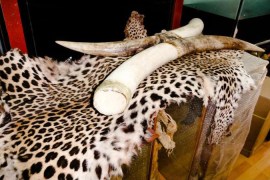 Mong La has become a hub for gambling, prostitution and illegal animal products like ivory and tiger skull. 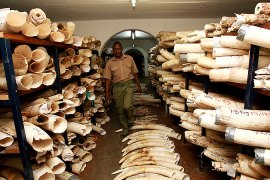 Tiger farms and its citizens’ high demand for rhino horn as a supposed cure-all helped put it at the top of a WWF list.