Israel has announced that it will implement a series of punitive measures against Palestinians amid an escalation in clashes between Palestinians and Israeli security forces in the occupied West Bank, including East Jerusalem.

Israel will expedite the demolition of homes belonging to Palestinians allegedly involved in armed attacks, as well as expand “administrative detentions of rioters, and banning those engaged in incitement from the Old City and [al-Aqsa Mosque compound]”, Benjamin Netanyahu, the Israeli prime minister, said on Sunday.

Hutheifa Suleiman, an 18-year-old Palestinian, was fatally shot by Israeli forces during clashes in the West Bank city of Tulkarm on Sunday night.

On Monday morning, Israeli soldiers faced resistance from Palestinians near Surda, the Ramallah-area village where the military plans to demolish the family home of Muhannad Halabi, a 19-year-old who was shot dead after fatally stabbing two Israelis in Jerusalem on Saturday.

“They put marks on the corners of the home,” Muhannad Darabee, who was in Surda at the time, told Al Jazeera, explaining that Palestinian youths arrived and pushed the soldiers back.

“They [the Israeli security forces] left without demolishing it.”

Clashes broke out shortly after at a junction between Ramallah and Surda, Darabee said.

“Protesters blocked the street and ambushed the army with stones, but the soldiers started firing live ammunition.”

RELATED: Palestinian killed and hundreds injured in the West Bank

Clashes also took place outside Beit El, a Jewish-only settlement, and the Qalandia military checkpoint between Ramallah and East Jerusalem.

Since Saturday, more than 220 Palestinians have been injured, at least 96 of whom were shot by Israeli forces or settlers with live ammunition or rubber-coated steel bullets, according to the Palestinian Red Crescent.

Israeli settlers have rioted in areas across the territory, vandalising and burning Palestinian homes and vehicles and setting agricultural lands ablaze, according to local media reports.

“We are in the midst of a bitter war to the end against Palestinian terrorism,” Netanyahu said in his speech on Sunday night.

The rising tensions have led many to speculate that a third Intifada, or uprising, is under way.

Earlier in the day, Yisrael Katz, transportation minister, said that Israel “may need to launch Defensive Shield two”, referring to the 2002 military offensive in the West Bank that left nearly 500 Palestinians dead.

“We can impose a closure on the Arab neighbourhoods in Jerusalem and stop the privileges of freedom [of movement] to work,” Katz said.

Others have accused Netanyahu of not doing enough to quell the violence. Israel’s Justice Minister Ayelet Shaked criticised Netanyahu for “not giving sufficient backing” to army commanders in the West Bank.

Speaking to Israel’s Channel 2, Shaked called on Israel to “do things that will cause [the Palestinians] pain so that they will understand that [armed activity] doesn’t pay”.

Isaac Herzog, opposition leader and head of the centrist Zionist Union coalition, accused Netanyahu of having “lost control of the security of Israeli citizens”.

“The government has no [real] plan to fight terrorism; this is crystal clear to all Israelis,” Herzog wrote on his Facebook.

The Palestine Liberation Organization has criticised Israel for its “collective punishment” of Palestinians.

Hanan Ashrawi, senior PLO official, accused Israel of “deliberately creating a situation of violence and instability that threatens to spiral out of control”. 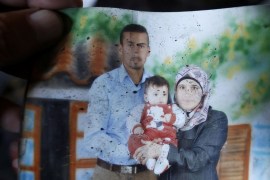 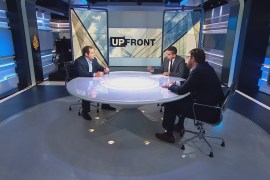 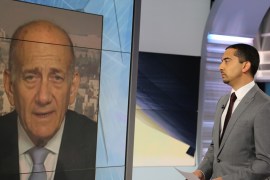