One of Colombia’s top drug traffickers has been killed in a military raid in the Catatumbo region near the border with Venezuela.

President Juan Manuel Santos on Friday congratulated his armed forces for killing cocaine warlord Victor Navarro, for whom the US had been offering a $5m bounty.

The 39-year-old man better known by his alias “Megateo” died during a military raid early on Friday in the historically lawless Catatumbo region.

Megateo had claimed to lead a holdout faction of a leftist rebel band that disbanded in 1991, but he was believed to have been one of the country’s biggest cocaine traffickers.

His fondness for garish, weapons-themed jewelry and the branding of underage lovers with a tattoo of his face had drawn comparisons to an earlier generation of drug traffickers in Colombia.

Al Jazeera’s Alessandro Rampietti, reporting from Bogota, said the arrest was “one of the biggest blows on the drug trafficking in Colombia” in years.

He said that the region of Catatumbo, where Navarro was arrested, is near the country’s border with Venezuela, and where most of the coca crops are grown in Colombia.

“The Colombia military and police have been after him for months after he miraculously escaped from another operation in August.

“Megateo was sort of a symbol of the most ruthless drug traffickers in Colombia,” our correspondent said. 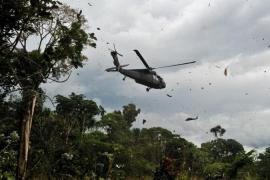 Did Colombia’s war on drugs succeed? 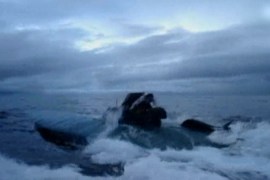 Smugglers have come up with new and more sophisticated ways of moving their shipments without being caught.