Philippine government and Muslim rebel negotiators have issued a joint plea for the country to stick to a landmark peace accord that is in peril after 44 police officers were killed while trying to arrest a suspect last week.

“The only way to deal with this, other armed groups, is to show that this path to peace is viable, that it can accomplish things that has not been accomplished,” chief government negotiator Miriam Coronel-Ferrer said.

Both sides vowed to continue implementing the accord which will see the rebels voluntarily surrender some of their weapons.

During the operation, police commandos were quickly surrounded by a growing number of fighters and suffered heavy casualties, officials said.

Coronel-Ferrer warned of dire consequences if the peace process were allowed to crumble.

“The other alternative is simply unthinkable,” she said on Saturday. “It will bring chaos and bring about the rise of other groups [and] even more extremists with very radical ideologies.”

But President Benigno Aquino, who must convince Congress to approve the deal, is under mounting pressure to strike back at the rebels. He has urged legislators not to abandon the peace plan to end the violence that has killed 120,000 people.

Coronel-Ferrer said the government would engage with Philippine lawmakers to keep the peace process on track.

“That is our message [to lawmakers]. Please stay the course with us,” she said. 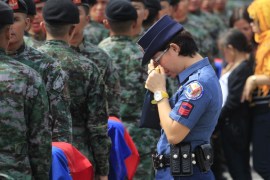 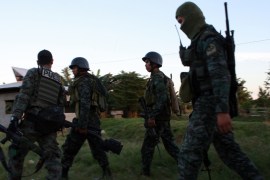 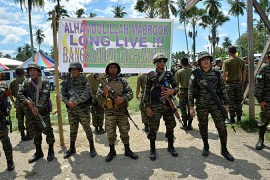