Maria del Pilar Hurtado was ferried from Panama to the Colombian capital on a pre-dawn flight on Saturday, where she was taken to the chief prosecutor’s office to await arraignment.

“She has been at the headquarters of the prosecutor’s office since 5 am,” a Colombian government source told the AFP news agency.

Hurtado was the top official at the now-defunct Administrative Department of Security (DAS), the national intelligence agency from 2002-2010, when former President Alvaro Uribe was in office.

She is accused of having ordered illegal wiretaps on politicians, journalists, human rights defenders and other perceived political enemies of Uribe.

Uribe took to Twitter on Saturday to denounce what he called “political torture” against Hurtado.

Dozens of DAS officials have already been convicted for illegal spying and providing assistance to right-wing paramilitary death squads.

Hurtado fled the country in 2010 and was granted asylum in Panama, but surrendered to Colombian authorities after Interpol on Friday issued an order for her arrest. 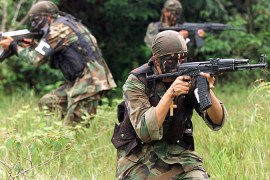 Armando Perez, who headed militia linked to 5,000 murders and a spate of disappearances, was arrested in Panama. 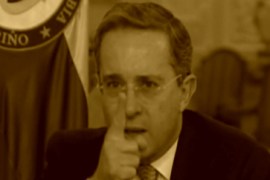 Many reflect on outgoing Colombian president’s legacy ahead of upcoming election. 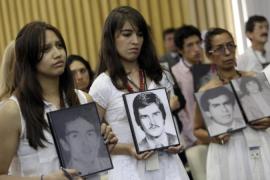