The family of jailed Al Jazeera journalist Peter Greste have renewed their call for his freedom, after returning from Egypt where Greste has been held in prison for almost 400 days.

Greste’s mother, Lois, said on Friday that her son was not at his best, or worst, during their visit in Cairo.

“He is holding up OK and he is doing everything he possibly can to maintain his sanity,” she said.

Greste and his two colleagues – Mohamed Fahmy and Baher Mohamed – were arrested in Cairo on December 29, 2013. In a trial widely dismissed as a farce, the trio was sentenced to between seven and 10 years in prison for aiding the outlawed Muslim Brotherhood.

Egypt’s top court overruled their conviction and ordered a retrial of their case on January 1. However, the court denied them bail. 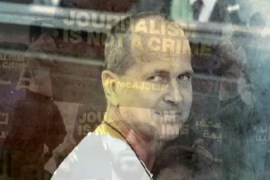 Al Jazeera journalist, together with Mohamed Fahmy and Baher Mohamed, has been in prison in Cairo for almost a year. 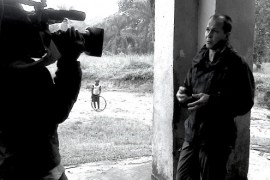 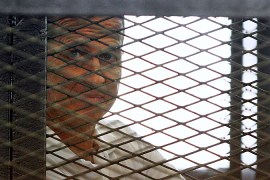