Ten Catholic priests and two church lay workers in the southern Spanish city of Granada have been charged with child sexual abuse, in a case brought after Pope Francis corresponded with one of the victims, court documents showed.

According to the indictment filed on Tuesday, the 12 are suspected of abusing four teenage boys in the priest’s parochial home between 2004 and 2007.

They are free on bail pending trial.

The pope told reporters he received a letter documenting the abuse from one of the alleged victims in November and then phoned him, telling him to report the case in person at the Granada diocese.

The Catholic Church leader also said that he wrote to the Archbishop of Granada Francisco Javier Martinez and pressed him to launch an investigation.

Several priests were removed from their duties and arrested after the probe in November.

The suspects face possible jail time of more than 20 years each.

Pope Francis has promised a policy of zero tolerance for sexual abuse of children by clerics after church scandals in several countries over many years. Groups representing victims say he has still not done enough.

The Vatican said last year it had defrocked about 850 priests between 2004 and 2013 who had been accused of sexually abusing minors. 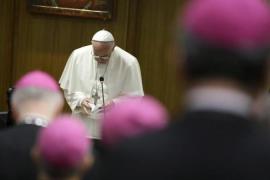 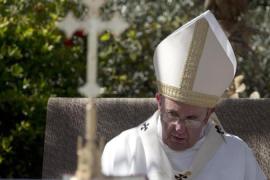