Sunni politicians and tribal chiefs in Diyala, an eastern province in Iraq, have accused Shia fighters of killing at least 70 unarmed civilians who had fled clashes with the Islamic State of Iraq and the Levant (ISIL).

The accusations followed a three-day offensive in which Iraqi security forces and Shia fighters captured two dozen villages from ISIL fighters in Diyala.

A local Shia official said it was too soon to draw conclusions and suggested ISIL could have been behind the deaths, which were reported in the eastern village of Barwanah.

Al Jazeera’s Imran Khan says Sunni tribal leaders claim mass graves have been found and people have been brutally killed in what could be considered a war crime.

“Its mostly Shia militias doing a lot of the fighting up in Diyala against ISIL. However, there has always been this real concern that these Shia militias are out for revenge against any Sunni target that they can find – it does not have to be ISIL,” he said.

Nahida al-Dayni, a member of the Iraqi parliament, told Al Jazeera that some of the victims were children.

Many of the bodies showed severe head injuries.”

The military offensive in Diyala, which began on Friday, enabled Shia fighters, the Iraqi army and Sunni tribesmen to push ISIL out of the Muqdadiya area, their closest outpost to the Iranian border 40km to the east.

Hadi al-Amri, head of the Shia paramilitary group Badr Organisation, said on state TV that at least 58 soldiers and pro-government fighters had been killed in the Muqdadiya offensive and another 247 others wounded.

Iraq’s Shia-led government, backed by US-led air strikes, has been trying to push back ISIL since it swept through northern Iraq in June.

Amir Salman, Diyala’s governor, and Nahida al-Daini, an MP from nearby Baquba, called on Baghdad to intervene in Barwanah, 5km northwest of Muqdadiya where pro-government fighters and some security forces took control of about two dozen villages from ISIL fighters earlier on Monday.

“This evening the militias entered the village of Barwanah and executed more than 70 residents. This is a real massacre by the militias,” Daini told Reuters news agency.

“The militias are acting above the law. The security forces are unable to restrain them,” Jabouri said. “We will defend ourselves. We are afraid we will be next.

“Daesh terrorists might have killed those people because they refused to fight with them,” Amal Omran, a Shia member of the Diyala provincial council, said, using another name for ISIL. 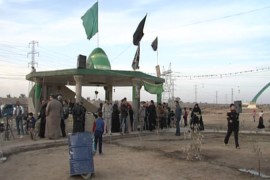 Shias begin annual pilgrimage to city holy to their community, despite outbreak of deadly sectarian attacks. 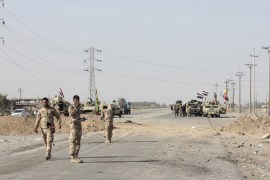 Scores dead in attack on Sunni mosque in Iraq

Shia armed group kills at least 73 people inside place of worship near the city of Baquba in eastern Diyala province. 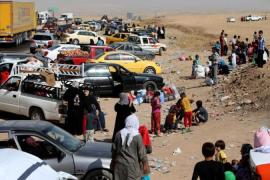 The plight of Iraq’s civilian population

The current conflict in Iraq is affecting all ethnic and sectarian groups, regardless of their political affiliations.