The US has launched a fresh drone strike targeting al-Qaeda fighters in Yemen, signaling Washington’s determination to keep fighting the armed group despite the Gulf Arab country’s political turmoil caused by a power grab by Shia rebels known as the Houthis.

Yemeni tribal and security officials in the central province of Marib said the missile hit a vehicle carrying three men near the boundary with Shabwa province, an al-Qaeda stronghold, on Monday.

The strike killed two Yemeni fighters and a Saudi fighter, an al-Qaeda member told The Associated Press news agency. A boy was also reportedly killed in the attack.

Despite the renewed drone campaign, Yemeni officials and analysts say an effective US-backed ground strategy against the al-Qaeda affiliate has been undermined by the rapid disintegration of the Yemeni armed forces, which has received millions of dollars in US military aid.

The prospect of a leaderless Yemen has raised concerns about Washington’s ability to continue targeting Al-Qaeda in the Arabian Peninsula, as the Yemeni branch is known. The armed group claimed the recent attack on a French satirical weekly and has mounted several failed attacks in the US.

The drone strike was the first since Yemen’s US-backed President Abed Rabbo Mansour Hadi resigned along with his Cabinet on Thursday rather than agree to the demands by the Shia rebels, known as Houthis, for more power. The Houthis continue to hold Hadi and his government ministers under house arrest, and what comes next is unclear.

US Pentagon spokesman Steve Warren stressed on Monday that the counter-terrorism operation will continue, including training of Yemeni forces, though “they are curtailed in some cases”. He did not give details.

According to other US officials, intelligence gathering has not been curtailed or shifted to other countries. And although the Houthis chant anti-American slogans, one hopeful sign for Washington is that they are also staunch opponents of al-Qaeda.

Nevertheless, experts said that both ground operations and intelligence gathering will suffer in addition to the loss of a faithful partner in Hadi. Yemen’s president was a vocal proponent for the US war against al-Qaeda, saying at one point that he approved each strike at a time.

“He made it easy to cooperate with Yemeni military and intelligence. His loss is a major loss for US side.” Roggio added that the “upheaval will make it more and more difficult to get intelligence.”

The Houthis, who seized the capital of Sanaa in September, say they want their fair share of power, which they feel they have been denied. Shias make up one-third of Yemen’s population.

Critics say the Houthis want to retain Hadi as a figurehead president and that they want to rule the country from behind the scenes. They also accuse the Houthis of being a proxy of Iran, an allegation the rebels deny.

Over the past several weeks, Houthi rebels overran the presidential palace, military camps and air force bases and occupied security and intelligence offices in Sanaa. 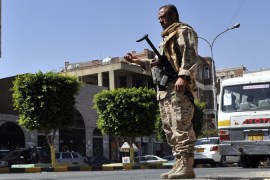 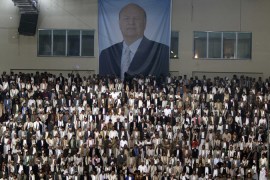