Leaders from around the world have travelled to Saudi Arabia to meet new King Salman bin Abdulaziz and offer their condolences following the death of King Abdullah bin Abdulaziz.

One after another, foreign aircraft landed on Saturday at a Riyadh military base where leaders from Africa, Europe and Asia were welcomed by Saudi officials.

US President Barack Obama is expected to travel to Riyadh on Tuesday. He paid tribute to the late King Abdullah as a “valued” ally while the State Department indicated co-operation between the two countries would continue.

The king, who presided over Saudi Arabia for about two decades, died early on Friday and was buried that same afternoon in the capital Riyadh.

In keeping with Islamic tradition, only Muslims were at the king’s funeral on Friday.

The body was quickly moved to the nearby Al-Od public cemetery and buried in a grave marked only by a book-sized plain grey stone.

King Salman, 79, pledged to keep the conservative, oil-rich Muslim kingdom on a steady course and moved to cement his hold on power, quickly naming a successor.

He vowed to “remain, with God’s strength, attached to the straight path that this state has walked since its establishment”.

He also called for “unity and solidarity” among Muslims. 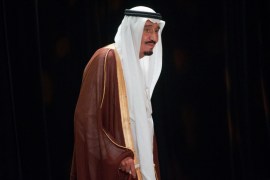 Reconfirmation of Muqrin bin Abdulaziz as heir and naming of first grandson as deputy attests shift in the royal court. 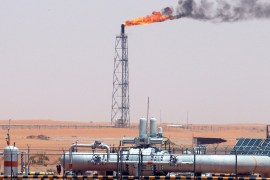