Saudi Arabia’s Western and Arab allies, along with countries such as Israel and China, have offered their condolences on the death of King Abdullah bin Abdulaziz.

Saudi state media reported that King Abdullah, 90, died early on Friday , and that he would be succeeded by his half-brother Salman bin Abdulaziz al-Saud.

Below are tributes paid by global leaders:

“The Saudi kingdom and the Arab nation have lost a leader of its best sons.”

“It is with deep respect that I express my personal condolences and the sympathies of the American people to the family of King Abdullah bin Abdulaziz and to the people of Saudi Arabia.

“King Abdullah’s life spanned from before the birth of modern Saudi Arabia through its emergence as a critical force within the global economy and a leader among Arab and Islamic nations….  As our countries worked together to confront many challenges, I always valued King Abdullah’s perspective and appreciated our genuine and warm friendship.

“May God grant him peace.”

“The Secretary-General pays tribute to King Abdullah’s efforts to address regional and international challenges at a time of turmoil and rapid change, and to promote dialogue among the world’s faiths. As the driving force behind the Arab Peace Initiative, King Abdullah left a tangible legacy that can still point the way toward peace in the Middle East.

“The Secretary-General is also grateful for King Abdullah’s generous humanitarian and developmental support for people across the Arab region and wider world. King Abdullah’s leadership will be remembered throughout the Arab and Islamic worlds and the international community.”

“I am deeply saddened to hear of the death of the Custodian of the Two Holy Mosques, His Majesty King Abdullah bin Abdulaziz Al-Saud.

“He will be remembered for his long years of service to the Kingdom, for his commitment to peace and for strengthening understanding between faiths.

“My thoughts and prayers are with the Saudi Royal Family and the people of the Kingdom at this sad time.

“We mourn the death of one of the most notable leaders of the Arab Nation and Muslim Nation who generously gave a lot to his people and his nation and sincerely defended the causes of the Arab Nation and the Muslim Nation. As we express our sincere condolences to the Saudi royal family and the people of the sisterly Kingdom of Saudi Arabia on the death of the great late king, Abdullah bin Abdul-Aziz Al Saud, we express our full confidence that King Salman bin Abdulaziz al-Saud and the Crown Prince Muqrin bin Abdulaziz al-Saud will continue his blessed march, serving the causes of the nation and advancing the Arab joint action.”

King Abdullah’s policies “brought him and the Kingdom of Saudi Arabia respect and recognition. With wisdom, foresight and great personal dedication, he strove for a cautious modernisation of his country and for dialogue between the Islamic world and the West.”

“I wish a peaceful rest for the late King, patience for his family and I wish success for the people and the government of Saudi Arabia.”

“Received the sad news of King Abdullah bin Abdulaziz’s passing this morning. My condolences to the Saudi royal family & the people of KSA [Kingdom of Saudi Arabia].”

Expressed his “grief and sorrow” over the king’s death, and said Saudi Arabia holds a special place “in the heart of every Pakistani” because it is the custodian of the holy mosques, referring to the mosques in Mecca and Medina.

“On behalf of all Canadians, Laureen and I offer our sincere condolences to the family of King Abdullah bin Abdulaziz and the people of Saudi Arabia.

“King Abdullah was recognized as a strong proponent of peace in the Middle East. He also undertook a range of important economic, social, education, health, and infrastructure initiatives in his country.

“I had the pleasure of meeting King Abdullah in Toronto when Canada hosted the G-20 and found him to be passionate about his country, development and the global economy.

“We join the people of Saudi Arabia in mourning his passing.”

“I was saddened to hear of the passing of King Abdullah. He was an example of grounded, considered and responsible leadership, with a deep religious tradition. As ‘Guardian of the Holy Places’ of Islam, King Abdullah acted as a moderator, respecting the sensitivity and sanctity of Jerusalem and sought to promote a vision of prosperity for the region. His wise policies contributed greatly to our region, and to the stability of the Middle East.”

“I offer my deepest condolences to Saudi Arabia and the family of King Abdullah bin Abdulaziz on this day of grief. Afghans will always remember King Abdullah as a great supporter of their jihad. He always supported the Afghan peace process.”

“In King Abdullah, we have lost an important voice who left a lasting impact on his country. I condole his demise. Our thoughts are with the people of Saudi Arabia, who have lost a guiding force in King Abdullah, during this hour of grief.” 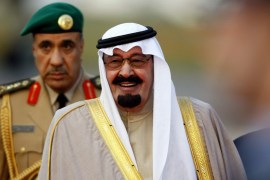 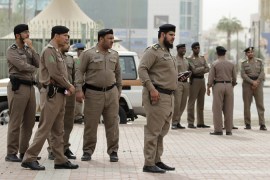