The Islamic State of Iraq and the Levant group has released a video threatening to kill two Japanese hostages unless they receive $200m in 72 hours, directly demanding the ransom from Shinzo Abe, Japan’s prime minister, during his visit to the Middle East.

The video, identified as being made by ISIL’s Al-Furqan media arm and posted on Tuesday on websites associated with the group, resembled other hostage threats it has made.

Japanese officials said they would analyse the tape to verify its authenticity, though Abe has pledged to free the men while speaking to journalists in Jerusalem.

“Their lives are the top priority,” he said.

Abe and other Japanese officials declined to discuss whether they would pay the ransom for captives Kenji Goto and Haruna Yukawa, though their armed forces generally only operate in a self-defence capacity at home.

The kidnapping also recalled the 2004 beheading of a Japanese backpacker in Iraq, carried out by ISIL’s predecessor al-Qaeda in Iraq, over Japan’s involvement in the US-led war there.

“It is unforgivable,” Abe said as he wrapped up a six-day visit to the Middle East. “Extremism and Islam are completely different things.”

In the video, the two Japanese men appear in orange jumpsuits with a rocky hill in the background, a masked man dressed in black standing between them.

The scene resembles others featuring the five hostages previously beheaded by ISIL, which controls a third of Iraq and Syria.

“To the prime minister of Japan: Although you are more than 8,000 and 500 kilometres from the Islamic State, you willingly have volunteered to take part in this crusade,” the masked man, brandishing a knife, said.

The man resembles and sounds like a British fighter involved in other filmed beheadings.

“You have proudly donated $100 million to kill our women and children, to destroy the homes of the Muslims … and in an attempt to stop the expansion of the Islamic State, you have also donated another $100 million to train the [apostates].”

Abe said he would send Yasuhide Nakayama, a deputy foreign minister, to Jordan to seek the country’s support and to resolve the hostage crisis.

He also said the Israeli government, which Japan promised on Sunday to cooperate with on counterterrorism, is sharing information to help tackle the hostage crisis.

ISIL has beheaded and shot dead hundreds of captives – mainly Syrian and Iraqi soldiers – during its sweep across the two countries, and has celebrated its mass killings in extremely graphic videos. 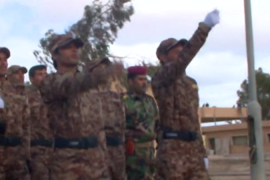 Government supplies tribesmen with more weapons and ammunition as some are also being trained by US. 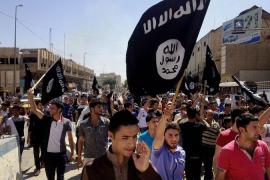 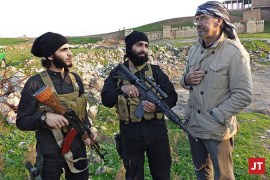 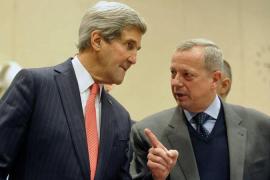 General John Allen says timing of any attack to retake Mosul has to be very seriously considered.