Haiti has marked the fifth anniversary of the massive earthquake that devastated an already impoverished nation, as officials struggle to resolve a political standoff that has stalled elections for three years.

Five years after the unprecedented category seven quake killed at least 300,000 people and left more that a million homeless, the nation paused for a “Day of Reflection and Commemoration” on Tuesday.

President Michel Martelly led the official tributes, calling for unity to better prepare Haiti for its next challenge.

Laying flowers at a monument in Place St Christophe in the still damaged capital, he paid tribute to the sacrifice of Haitian and foreign rescuers who flocked to Port-au-Prince in 2010.

“Five years later, are we ready to face other catastrophes that could strike Haiti?” he asked.

Haiti’s most immediate challenge is not another natural disaster, however, but institutional breakdown combined with persistent poverty.

As of Monday, parliament’s mandate ended with no date set for a new election, raising the prospect that Martelly might be left ruling by decree like the country’s former dictators.

A last-minute accord signed on Sunday to resolve the institutional impasse was not ratified by parliament before its authority expired, creating a political and institutional vacuum.

Martelly’s supporters have blamed the opposition for failing to pass an electoral law that would allow voting, but his opponents accuse him of provoking a stalemate in order to rule alone. 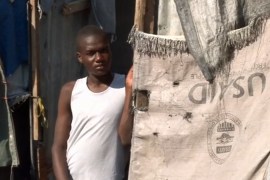 Five years after one of the country’s worst natural disasters, tens of thousands living in tents or temporary shelters. 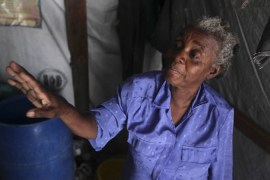 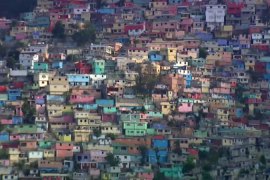 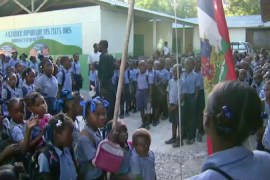 Haiti struggles to educate its youth

Government still struggling to rebuild the education sector since major earthquake struck in 2010.