Al-Qaeda’s Yemeni branch has claimed responsibility for the deadly attack on the French satirical Charlie Hebdo magazine, saying the shooting was an operation to teach the French the limits of freedom of expression.

Harith al-Nadhari, an senior member of Al-Qaeda in the Arabian Peninsula (AQAP), made the claim in an audio recording published online late on Friday.

He also warned that France would not enjoy security unless it stopped what he called a “war” on Islam.

In the years before the attack, Charlie Hebdo had drawn repeated threats for publishing caricatures of the Prophet Muhammad, among other controversial sketches.

Wednesday’s attack on the magazine’s office, that left 12 people dead, and ensuing hostage seizes have shocked France and triggered a massive seucity operation. In addition to those killed at Charlie Hebdo, three civilians and two police officers have been killed.

One of the attackers, Said Kouachi, claimed to have been trained and financed by al-Qaeda in Yemen.

Yemeni intelligence officials confirmed to Al Jazeera that he had indeed been in Yemen in 2011, fighting with al-Qaeda, and had been deported.

If confirmed, the attack would be the first time AQAP has successfully carried out an operation in the West after at least two earlier attempts. The group is considered the most active and dangerous branch of al-Qaeda.

Al Jazeera’s Omar Al Saleh, reporting from the Yemeni capital, Sanaa, said AQAP had previously made attempts to attract supporters in the West, including by launching an online magazine. It has also called on individuals to carry out attacks independently – referred to as “lone wolf” attacks.

AQAP orchestrated the December 2009 attempt to bomb an American passenger jet over Detroit in which Nigerian Umar Farouk Abdulmutallab failed to detonate explosives.

In 2010, the group attempted to send bombs in packages to be delivered to targets in the US, but the packages were intercepted on flights through Europe and the United Arab Emirates.

Said, 32 and his 34-year-old brother Cherif Kouachi were killed northeast of Paris on Friday, while a gunman who took several hostages at a supermarket in the east of the capital was also shot dead in a standoff with police.

At least four hostages held at the kosher grocery store in Porte De Vincennes also died on Friday as police stormed the site.

French police are still hunting for Hayat Boumeddiene, suspected of involvement in the kosher store siege and the shooting of a policewoman.

Police said Boumeddiene, described as “armed and dangerous”, was the partner of Amedy Coulibaly, who laid siege to the supermarket.

Interior Minister Bernard Cazeneuve said after an emergency security meeting on Saturday that the government is deploying hundreds of troops in addition to thousands of police and other security forces.

As Paris remains on high alert, questions are mounting over how the three men – the Kouachi brothers and Coulibaly – had slipped through the security net after it emerged they were all known to the intelligence agencies.

The two brothers had been on a US terror watch list and Cherif was convicted in 2008 for involvement in a network sending fighters to Iraq.

The killings of Charlie Hebdo staff has triggered global condemnation.

Al Jazeera’s Laurence Lee, reporting from Paris, said 36 individual demonstrations are planned in cities and towns across France in support of the “ideals of the French Republic” and in commemoration of the victims.

President Francois Hollande said he would attend a march of unity in Paris on Sunday expected to draw hundreds of thousands of people as well as the leaders of countries including Germany, Britain, Italy and Spain. 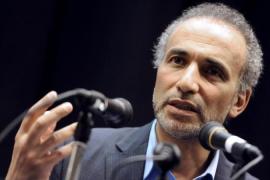 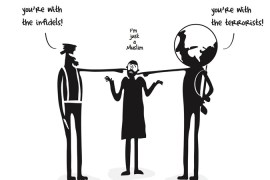