Separate attacks have claimed the lives of scores of Iraqis, including Kurdish Peshmerga soldiers, in a 24-hour period..

At least 23 Kurdish soldiers were killed and 12 others injured during clashes with Islamic State of Iraq and the Levant (ISIL) fighters southeast of the city of Nineveh in Iraq’s north, sources told Al Jazeera on Saturday.

The military forces of Iraqi Kurdistan, or Peshmerga, were targeted in two different vehicle explosions in areas around the Sinjar Mountains.

In another attack, a Peshmerga spokesperson told Al Jazeera, ISIL carried out the biggest attack yet on the forces’ positions near the strategic town Gwerm, about 60km from Erbil.

The spokesperson said some of the ISIL fighters came to town in the early hours of Saturday by boat over the Tigris river before taking control of large parts of the town. No casualty figures have been reported.

“They’re trying to protect what they can hold onto now, and … also we’re seeing them put a lot more emphasis on protecting their lines of communications,” Rear Admiral John Kirby, Pentagon spokesperson, said.

After nearly 1,700 air raids by US-led forces since August 8, ISIL’s advance has been halted for the most part but the group has held on to much of the territory they seized in Syria and Iraq last year.

Police officials said a bomb exploded  at a wholesale market in Baghdad’s western district of Baiyaa, killing five people and wounding 11 others.

Later on, a bomb blast inside on a commercial street killed three people and wounded nine others in the town of Madian, about 20km in the southeast of Baghdad.

No one immediately claimed responsibility for the blast. 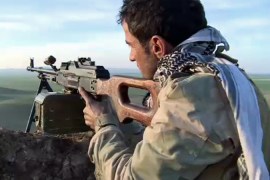 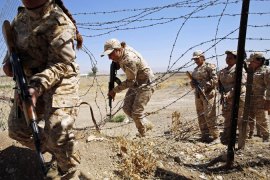 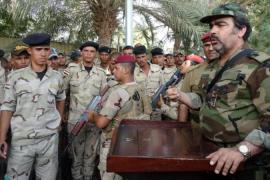