British Chancellor George Osborne has been praised by Chinese state media for not mentioning allegations of human rights abuses during his visit to the country.

An editorial published in the Global Times English-language daily on Friday said Osborne had shown “pragmatism” during the visit, adding it hoped other diplomats would follow his example.

“He is the first Western official in recent years who has stressed more the region’s business potential instead of finding fault over the human rights issue,” the editorial read.

“It should be diplomatic etiquette for foreign leaders not to confront China by raising the human rights issue. As a foreign finance minister who comes to China to seek business opportunities, he should keep a modest manner.”

The article further praised Osborne for showing the “vision” of a new generation of European politicians, unlike predecessors who “would like to point their fingers at China’s human rights issue with arrogance”.

The article came in the wake of Osborne’s visit to the mainly Muslim Uighur Xinjiang region, where China has faced criticism of its handling of a separatist movement.

The chancellor, who occupies the second most important position in the British government, is trying to strengthen trade ties between China and the UK.

“China’s emerging regions, like Xinjiang, hold enormous potential in the years ahead,” Osborne said during the trip.

“That’s why I wanted to come here today to see this place for myself, and highlight Britain’s absolute commitment to support the growth of Urumqi together with the whole of the Xinjiang region.”

The UK hopes China will become the UK’s second largest trading partner by 2025. 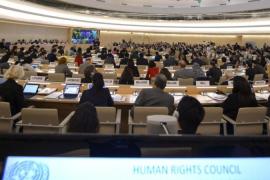 Is the concept of human rights non-ideological? 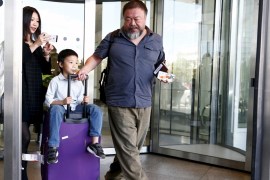