Russian investigators have exhumed the remains of the country’s last Emperor Nicholas II and Empress Alexandra as part of a new probe into the 1918 killing of the Romanov family.

The powerful Investigative Committee confirmed some of the family’s remains were being re-examined, with spokesman Vladimir Markin saying the probe would look into “the circumstances of the death and burial of the imperial family.”

The tsar, his wife, their five children and their servants were shot by the Bolsheviks and thrown into a mineshaft in 1918 before being burnt and hastily buried.

Russia first looked into the murder of the family after a mass grave was discovered in 1991 near Yekaterinburg in the Urals, where the royal couple and their five children were exiled and shot after the Russian Revolution.

Scientists said that DNA evidence was sufficient to conclude that the grave contained the remains of the tsar and tsarina, along with three of their daughters, and the government officially identified them in 1998.

The remains were then re-buried in the erstwhile imperial capital Saint Petersburg.

In 2007, a second grave was discovered at a different spot containing two more bodies, believed to be those of the tsar’s heir Alexei and daughter Maria, who were 13 and 19 years old when they were killed.

But their remains have since been stored at the Russian State Archives, amid doubts over their identity.

Vladimir Solovyov, a leading investigator involved in the probe, told the Echo of Moscow radio station that they had taken “samples from Nicholas II, from the empress, and from the uniform of emperor Alexander II,” the last
tsar’s grandfather, who was himself assassinated in 1881.

“We have decided to start again from the very beginning and carry out renewed examinations,” said Solovyov.

The remains will be subject to genetic testing, he added.

While Russian criminal investigators ruled in 2008 that the remains of Alexei and Maria were authentic after DNA testing, their identity has not been accepted neither by the Russian Orthodox Church, which has canonised the last
Romanovs, nor by some Romanov descendants.

In July, the resurgent Russian Orthodox Church pressed for the case to reopened.

The question of the authenticity of the remains has taken on fresh urgency ahead of the looming centenary of the murder, as Russia wants to bury all seven family members together.

The Romanov dynasty’s lawyer Guerman Lukianov, who dubbed the reopening of the investigation “a key event for our era.”

The Romanov dynasty ruled Russia for some 300 years before Nicholas II abdicated in 1917 after the Bolshevik Revolution and ensuing Communist rule.

The Soviet authorities portrayed him as weak, vacillating and despotic but he was canonised by the Russian Orthodox Church in 2000. 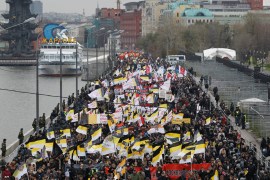 Despite targeting neo-Nazis and other hate groups, the Kremlin is rolling out its own version of the ‘Russian world’. 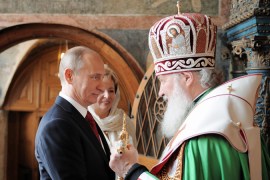