The Egyptian army has begun to pump water from the Mediterranean Sea into underground smuggling tunnels connecting Sinai with the besieged Gaza Strip, security officials and witnesses say.

The operation on Friday aimed to end smuggling into the Palestinian territory, security officials told the DPA news agency.

Gaza, administered by the Hamas movement, remains under a tight military blockade imposed by Israel and Egypt.

The government in Cairo last year began to destroy hundreds of homes on the Egyptian side of Rafah, which straddles both Sinai and Gaza.

The tunnels to Gaza are used to smuggle goods, such as clothing and other products, as well as weapons.

The structures have frequently been targeted by both the Israeli and Egyptian militaries. The Israeli army says the tunnels are used to supply armed factions in Gaza with weapons, and the Egyptians claim they are used by Sinai-based armed groups.

Egypt is tackling a rebellion by fighters from the Sinai Province group, which is affiliated with the Islamic State of Iraq and the Levant.

Cairo accuses Hamas of meddling in its affairs and supporting former President Mohamed Morsi, who was overthrown by the military, led by current leader Abdel Fattah el-Sisi in 2013.

Hamas shares the same ideological origins as Morsi’s Muslim Brotherhood, which was designated as a terrorist organisation after his overthrow. 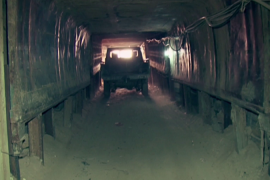 An inside look at the tunnels under Gaza and the men who risk their lives to bring in essential supplies. 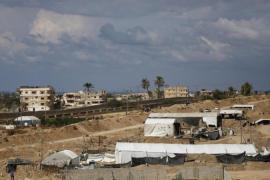 Security zone on Gaza Strip border to be doubled in size after some of the worst unrest in a year. 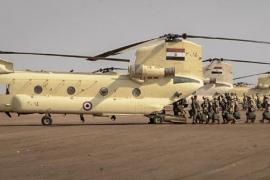 Hundreds of homes to be demolished as authorities move to prevent infiltration and arms smuggling from Gaza.