More than 1,000 pilgrims have been evacuated from a hotel in Mecca after fire broke out in one of the rooms, Saudi Arabia’s civil defence authority says.

The blaze started on the 16th floor of a 20-storey building in the Aziziya neighbourhood of the Muslim holy city on Thursday, the authority said.

At least two pilgrims were injured in the incident.

The authorities did not name the hotel.

The accident came days after a crane collapsed in the city last Friday, killing at least 111 pilgrims and injuring more than 390.

Mecca is hosting more than 1 million pilgrims who have already arrived for their annual Hajj pilgrimage, which is due to start on Monday. 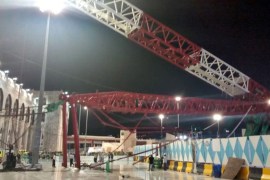 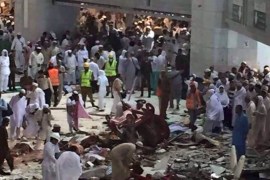