Tropical Storm Vamco may have been short-lived but it has made its presence felt across Vietnam, Cambodia and Thailand.

It is the third tropical storm to hit Vietnam this year.

As far as storms go this was a weak one, with winds not causing problems, but the heavy downpours associated with the storm have had a significant impact on the region.

The storm developed over the South China Sea last weekend and it made landfall late on Monday into Tuesday causing floods across central Vietnam.

The storm passed just to the south of Da Nang, producing massive rainfall totals in the process. The outer bands of the system have been producing rain across the city since Sunday, and during the last three days it has recorded 318mm of rainfall.

This represents almost three quarters of the September average rainfall of 447mm. It is the start of the wet season. October usually brings around 530mm of rain.

Conditions were bad enough to close schools throughout the coastal city. Fishing boats were confined to the port and airports in the region were closed due to the strong winds.

The strongest winds were around 65km/h with gusts nearer 85km/h. These quickly eased as the storm moved inland across the rugged mountains of the central regions and it lost its status as a tropical storm within 48 hours.

It is still raining across a good part of Vietnam with some heavy bursts affecting northern parts of the country. Laos and Cambodia have also seen some heavy downpours but all eyes are now on Thailand.

Thailand’s northern and central regions have been in a state of drought for some time now. The remnants of Vamco are already spreading heavy rain across the border with Cambodia.

Sattahip recorded 98mm of rain in the 24 hours to 0600GMT on Wednesday. Rananong had 152mm in the same period.

Even Phuket, further south has had some much needed rainfall, with 71mm measured there. Dam water levels remain extremely low across the parts of the north. Usable capacity is currently between four and 13 percent so any of Vamco’s rain will be welcomed. 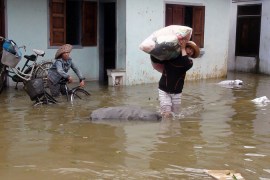 More than 30 people are killed and 80,000 are displaced by floods and landslides after heavy rain in central regions. 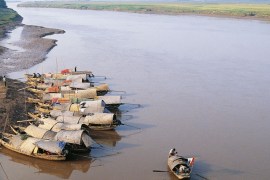 Tropical Cyclone collapses in the hills above the Red River Delta