Cameron met several refugees at a camp in the Bekaa Valley on Monday and was scheduled to meet with his Lebanese counterpart Tammam Salam later in the day.

Lebanon hosts more than 1.1 million Syrian refugees – equivalent to a quarter of the country’s entire population, the greatest number per capita of any country in the world.

The Lebanese government has called on other countries to share the burden.

Some refugees in Lebanon live in informal tented settlements without easy access to electricity and clean water, while others rent garages, spare rooms or empty buildings to house their families.

Tens of thousands of refugees have been trekking from Greece via the Balkans and Hungary towards Western Europe.

The crisis has prompted some European leaders to announce a greater refugee intake, led by Germany, which expects an estimated 800,000 people to arrive this year.

I'm at a refugee camp in Lebanon, hearing some heartbreaking stories. British aid is doing so much to help. pic.twitter.com/dqpCfDgVKM

Cameron announced earlier this month that Britain would take in 20,000 more Syrian refugees, amid growing pressure at home and abroad to address the crisis.

The country has taken in around 5,000 since the Syrian conflict began in 2011.

Cameron said he was visiting Lebanon “to see for myself and to hear for myself stories of refugees and what they need.

“Britain is already the second largest donor to refugee camps to this whole crisis, really helping in a way that many other countries aren’t with serious amounts of money,” he said.

“We will go on doing that including increasing the amount of money we are giving to educate Syrian children here in Lebanon and elsewhere. I think that’s absolutely vital.”

Britain on Monday announced it had appointed a minister to deal specifically with the 20,000 Syrian refugees that the country has agreed to resettle from camps bordering the war-torn country.

“The queen has been pleased to approve the appointment of Richard Harrington MP as a Parliamentary Under-Secretary of State jointly at the Home Office, the Department for Communities and Local Government, and the Department for International Development,” said a statement from the Downing Street office
of David Cameron.

An under-secretary is the lowest rank of the three tiers of Britain’s government.

The Syrian war, which has killed 250,000 people since 2011, has forced half of all Syrians from their homes, creating 4 million refugees and displacing some 7.6 million more within the country. It is the worst refugee crisis since World War II. 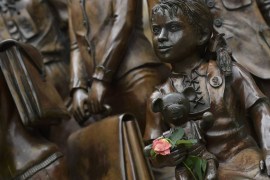 The UK pledged to admit more refugees in the country, but it is not enough. 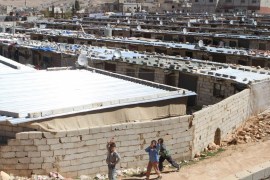 For refugees in Lebanon, a desperate search for dignity

Syrians and Palestinians keep embarking on what they think is a journey of hope but often end up on a voyage of death.