US Secretary of State John Kerry has expressed his concern over reports of Russian military activities in Syria, warning that it could fan more violence, a state department spokesman said.

Spokesman John Kirby told reporters in the US on Wednesday that Kerry made clear in a phone call to Foreign Minister Sergey Lavrov that if the reports were true “it could lead to greater violence and are not helpful at all” to efforts by the international community to end the conflict.

Earlier on Wednesday, US officials claimed that Russia is pressing ahead with its military buildup in Syria.

Aerial imagery indicated that Russia is focusing on Bassel al-Assad International Airport, south of Latakia on Syria’s Mediterranean coast, and on the Russian naval facility in Tartus, the AFP news agency reported.

Jens Stoltenberg, NATO Secretary-General, expressed a similar reaction to Kerry, saying the move “will not contribute to solving the conflict”.

“I think it is important to now support all efforts to find a political solution to the conflict in Syria. We support very much the efforts by the UN.”

One US official, speaking on condition of anonymity, told the AFP news agency that two tank-landing ships have recently arrived at Tartus and about a dozen Russian armoured personnel carriers are now at the Bassel al-Assad airport, named after Syrian President Bashar al-Assad’s older brother.

The official said dozens of Russian naval infantry had arrived in Syria, but their role was likely to protect incoming military hardware rather than a boots-on-the-ground deployment.

In addition, another giant Antonov-124 Condor military transporter had flown into the airport, bringing the total number of transport flights to at least four in recent days.

The developments further complicate the deadly crisis in Syria, where the conflict has claimed nearly 250,000 lives since 2011 and triggered a massive outflow of refugees – many of whom are fleeing to Europe.

Moscow insists it is bringing humanitarian aid to a stricken nation, but the US, which is attacking the Islamic State of Iraq and the Levant (ISIL) group in Syria, is worried Russia is preparing to assist militarily and strike rebel groups to help prop up long-time ally Assad.

Syria has denied reports of increased military activity by Russian troops on its soil. 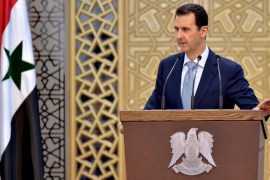 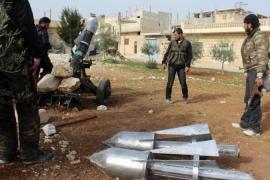