At least 14 police officers have been killed and several others wounded in a bomb attack on a Turkish police minibus in the country’s east.

Turkish officials blamed fighters from the Kurdistan Workers’ Party (PKK) for Tuesday’s attack, which targeted a bus carrying police working in the Igdir region, at the Dilucu border gate marking the border with Azerbaijan.

The attack came two days after at least 16 Turkish troops were killed in an attack on a convoy of armoured vehicles in the southeastern province of Hakkari.

The bombing was claimed by fighters belonging to the outlawed PKK.

The eastern region has witnessed a series of attacks on security targets over the past weeks.

Turkish fighter jets on Monday launched a wave of air strikes against PKK positions in northern Iraq just hours after Prime Minister Ahmet Davutoglu vowed to “wipe out” the armed group from its mountain strongholds.

Last month, Turkey announced the start of an air campaign targeting the PKK in northern Iraq and the Islamic State of Iraq and the Levant (ISIL) group in the north of Syria.

The PKK stepped up its attacks in the country in July after a ceasefire between the two sides effectively ended.

The PKK, designated a terrorist group by Turkey, the US and the European Union, took up arms against the Turkish state in 1984 and tens of thousands of people have been killed in the conflict.

Ankara launched a peace process with jailed PKK leader Abdullah Ocalan in 2012 and a ceasefire declared by him in 2013 had largely held until hostilities resumed last month. 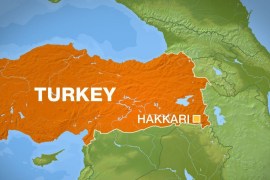 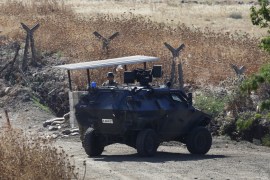 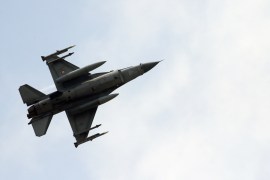 Turkish president says campaign against Kurdish fighters will persist until “not one single terrorist remains”.